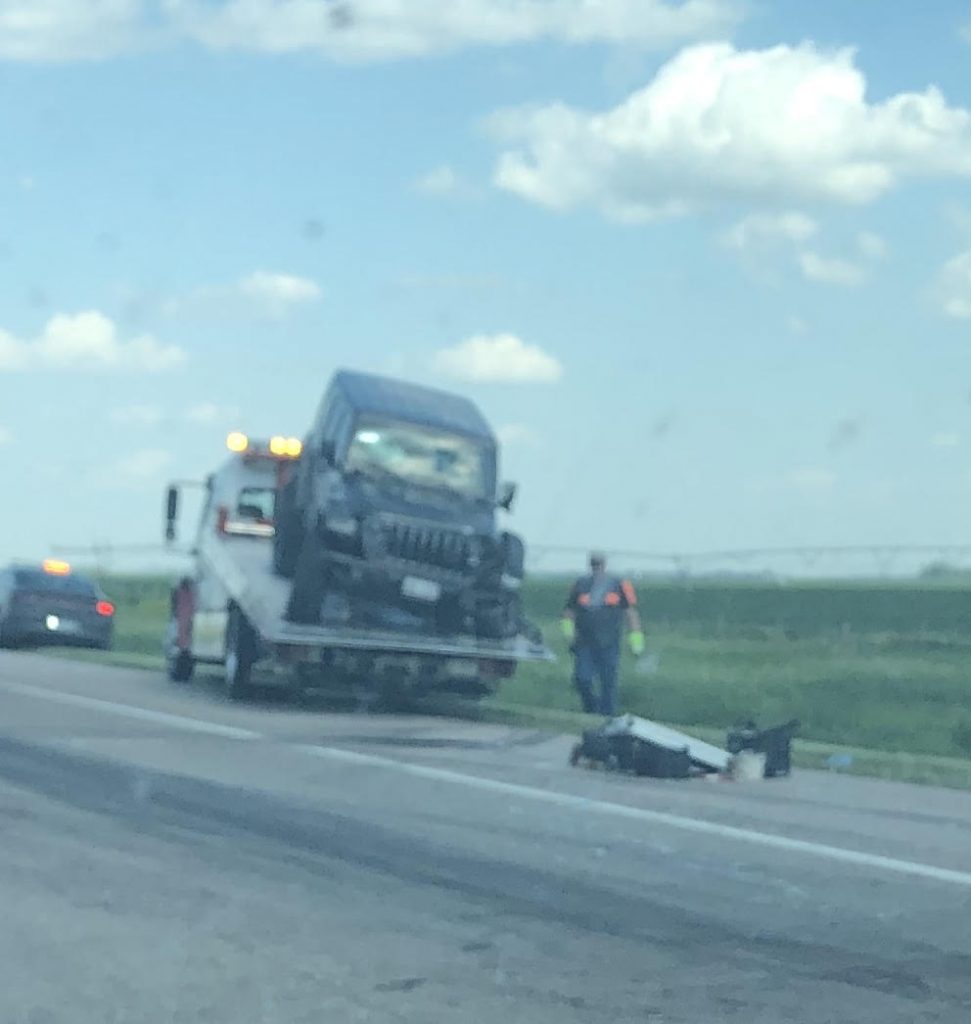 YORK COUNTY-  On June 17, 2020 at approximately 3:45 p.m., the York County Sheriff’s Office and the York Fire Department were dispatched to mile marker 356 on Interstate 80 for a multiple vehicle accident with numerous reported injuries.  Upon arrival, deputies with the Sheriff’s Office observed a two-vehicle accident that was blocking a majority of the eastbound lanes of traffic.  Throughout the investigation, it was determined that a 2018 Jeep Wrangler and a 1996 GMC Sierra were traveling eastbound nearing mile marker 356 on Interstate 80.  As the two vehicles approached the construction zone in the area, the Sierra slowed for traffic congestion.

As the Sierra slowed for traffic, the Wrangler struck the rear of the Sierra at near-interstate speed.  The driver of the Wrangler was identified as Logan Otto Jr. from York, Nebraska and the driver of the Sierra was identified as Thomas Oppeneer from Loup City, Nebraska.  As a result of the crash, two individuals were transported to the York General Hospital with serious but non-life threatening injuries.   Seat belts were in use by all parties involved and alcohol is not suspected as a factor in this crash.