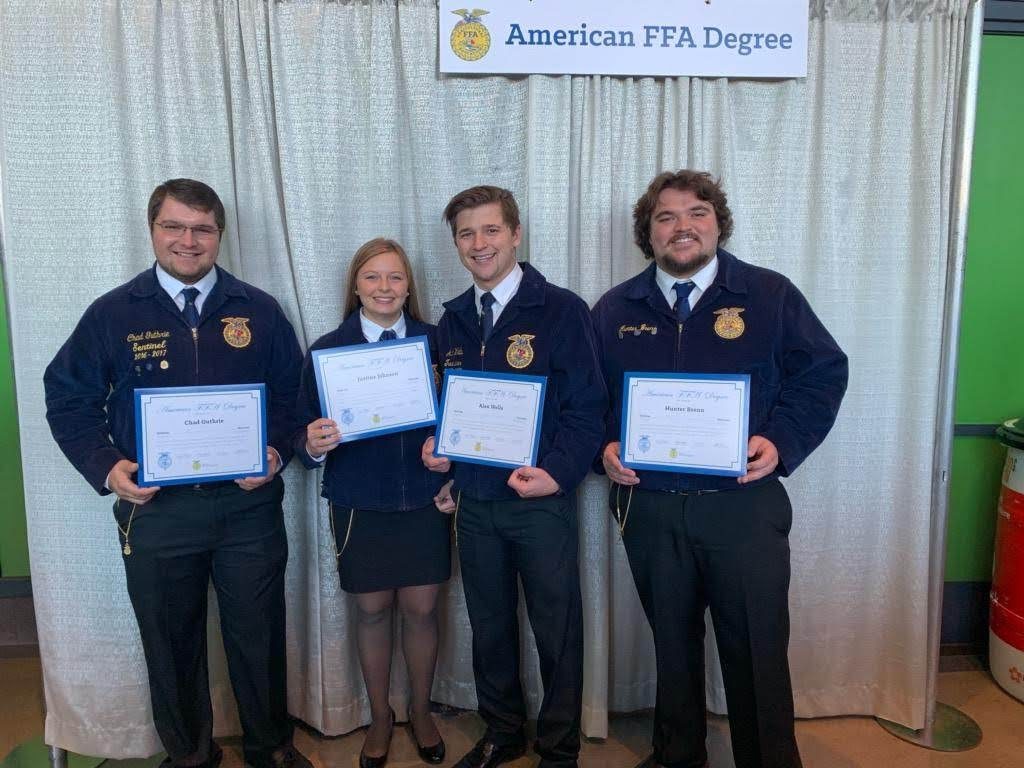 Seven Holdrege FFA chapter members attended the 92nd National FFA Convention in Indianapolis, Indiana on October 29th-November 2nd.This year’s convention was attended by over 69,000 FFA members and supporters, from across the United States.

Members attended several convention sessions.  The group heard from Speaker Bob Goff and his challenges of overcoming obstacles and being authentic and taking an interest in those around us.  The Holdrege members listened to the retiring addresses of FFA Western Region Shea Booster of Oregon and making the most of challenges. They also heard the retiring address of National FFA President Luke O’Leary of California.  The Holdrege FFA members also participated in leadership and agricultural issues workshops, and watched National Parliamentary Procedure, and National Creed Speaking competitions.

The Holdrege FFA Chapter was awarded a 2-Star National Chapter Rating which is one of the highest ratings that an FFA Chapter can receive. Of the 8,700 FFA Chapters nationally, about 500 programs receive this rating based on the quality of local FFA Chapter activities centered on student, agricultural and community development activities. Only ten percent of chapters evaluated at the state level can be considered for national evaluation.

The group also spent time visiting the FFA Shopping Mall and National FFA Career Expo. The FFA Career Expo featured over 400 exhibitors from colleges and universities to hundreds of agricultural companies and businesses.  Students had a chance to see a variety of Ag Careers, agricultural colleges and universities and enter for a variety of prizes from the vendors who support the National FFA Organization.

Two members of the Chapter were recognized on the national stage as Proficiency Finalists.  Grady Johnson was a Top Four Finalist in Diversified Ag Production with his sheep, crop production and custom baling Supervised Ag Experience Programs.

The American Degree is the highest award an FFA member can earn. The Degree symbolizes a strong commitment to FFA as well as notable improvements to their supervised agriculture experience.