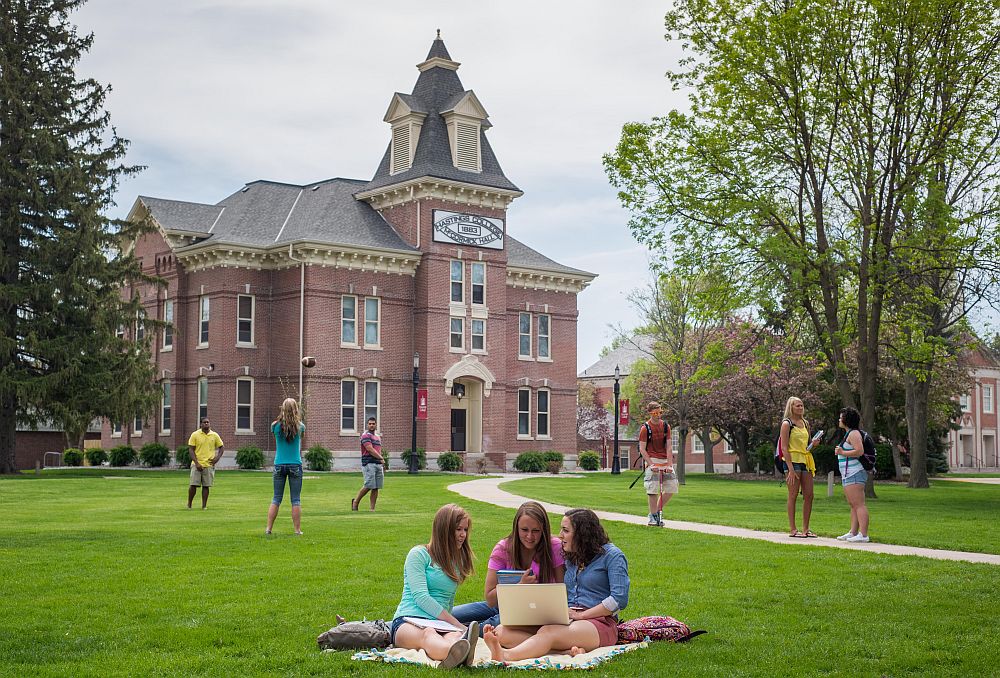 The Historic District designation was largely undertaken by Brian Whetstone ‘18 while he was a student. Thanks to Whetstone’s efforts, many College buildings were added by the National Park Service to the National Register of Historic Places (NRHP) as a local historic district. (For more information on Whetstones’s efforts to create the Hastings College Historic District, click here. Full link: www.hastings.edu/news/whetstone-leads-hastings-college-in-historic-designation)

When the project began in 2016, the Hastings College Board of Trustees asked Whetstone if he could prepare and pursue historic designation for Weyer Hall, a residence hall built in 1950.

During that process, the scope of the project expanded after the Nebraska State Historic Preservation Office suggested the College pursue the nomination for a broader portion of campus, instead of just one building.

Whetstone and Richard Loutzenheiser ‘84, a member of the College’s Board of Trustees, worked together to develop the language for the historic markers, and the Loutzenheiser family funded their creation. Both markers were produced by History Nebraska, the state organization charged with preserving Nebraska history.

“These markers signify the dedication Hastings College has to preserving and honoring the history of the College and this area,” Loutzenheiser said. “We greatly appreciate the work Brian did to obtain the designation, and I’m glad we were able to place these markers on campus.”

Buildings in the Hastings College Historic District include: