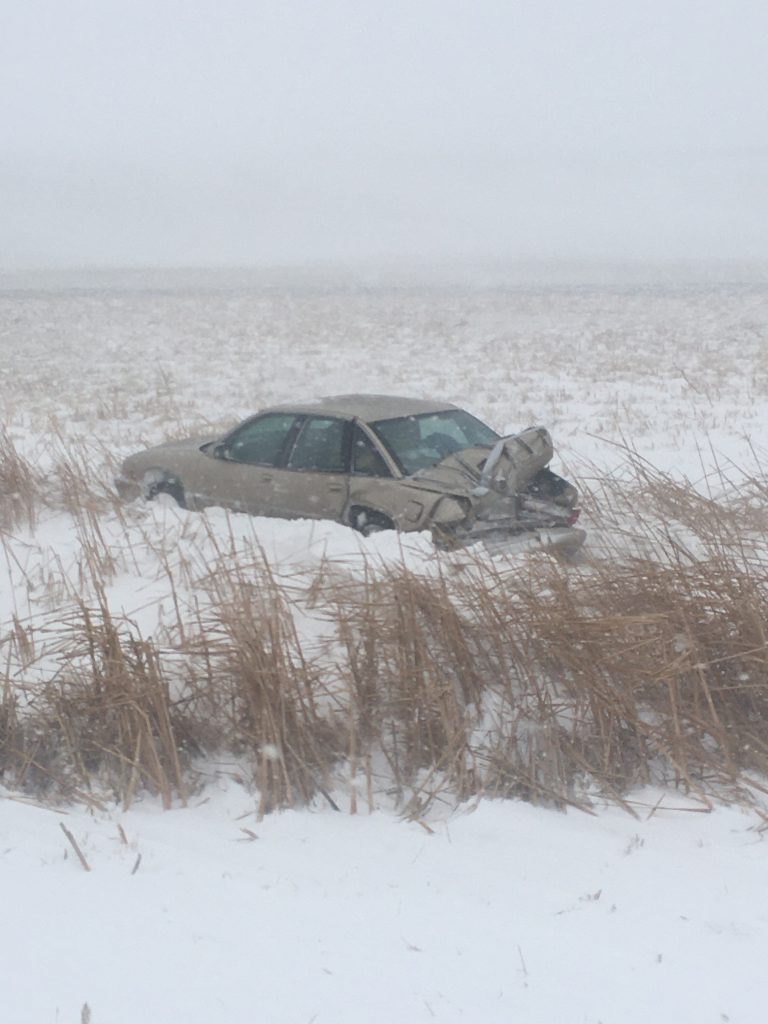 At about 2:25 p.m. on Friday afternoon the Stanton County Sheriff’s office responded to and investigated a two vehicle accident that sent one driver to the hospital with possible back and chest injuries. The accident occurred about 12 miles East of Norfolk on U.S. Hwy 275 when an eastbound sedan driven by Arthur Rosberg, 68, of Creighton was struck from behind by an eastbound semi-tractor and trailer. The collision pushed the sedan off the roadway out into a field and the semi came to a stop in the eastbound lane of Hwy 275. Rosberg was removed from the wreckage and transported to FRHS in Norfolk by Stanton Fire and Rescue. The 64 year old semi driver from LaVista was not injured. There were whiteout conditions at the time of the accident and during the investigation at the scene that caused serious visibility problems. The highway was shut down for about 30 minutes from Spurville to Pilger to clear the scene. The Rosberg vehicle is a total loss and it was unclear if seatbelts were in use. Stanton County Emergency Management and Pilger Fire and Rescue also assisted.