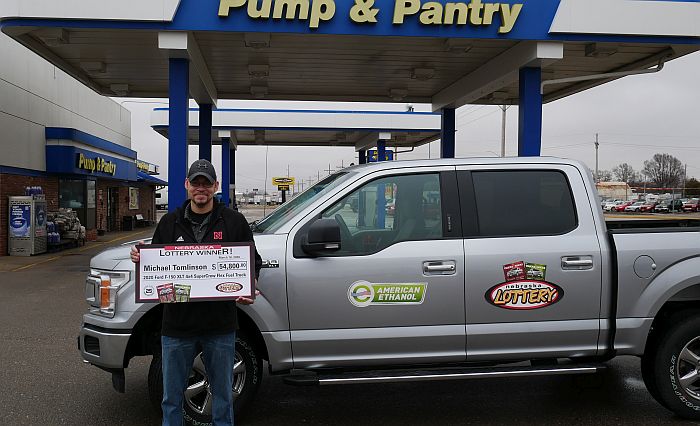 Tomlinson purchased his winning Truck$ & Buck$ ticket at Pump & Pantry #15 at 2028 East Highway 30 in Grand Island. When he scratched off his ticket, Tomlinson matched three symbols in game seven and won the truck.

Tomlinson said he doesn’t usually play Scratch, but he stopped at Pump & Pantry on his way home from work. He had $20, so he asked the clerk to give him $20 in Truck$ & Buck$ tickets, one of which won him the truck.