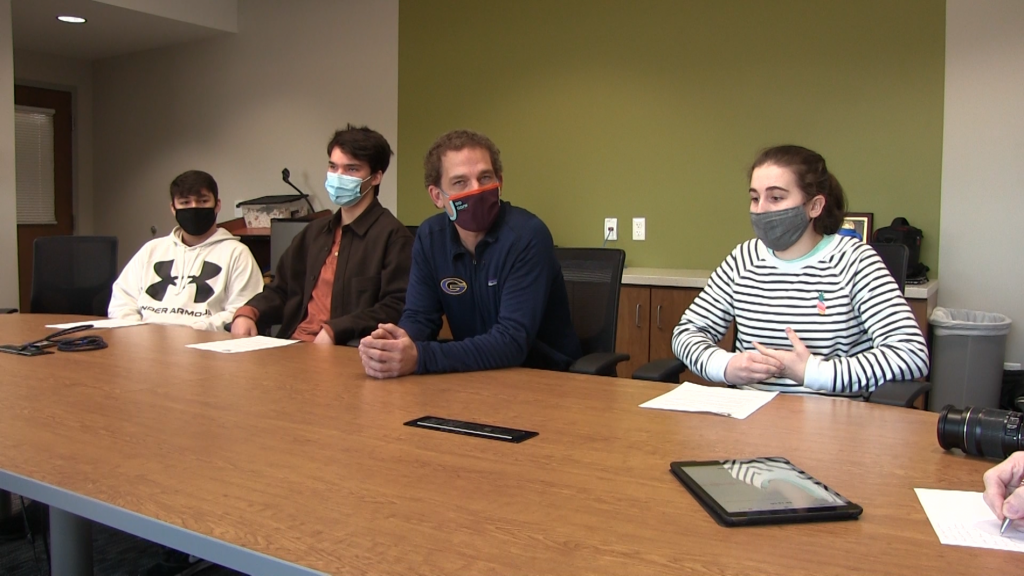 A Gering High School cyber-security and ethical hacking class is proving so popular among students that a second instruction period is being taught this year by science teacher Justin Reinmuth.

The class includes teamwork in the areas of programming and how to look at written code to find holes in security that could lead to things such as a recent nationwide rash of ransomware attacks.

Reinmuth says when it comes to hacking, there are black hats, white hats and grey hats looking at all kinds of internet-based information, and it really is a different world. “A lot of these kids that are getting busted for hacking, actually, as soon as their done with their sentence, they’re getting offered ridiculous amounts of money by corporations to come and do that for them,” said Reinmuth. “We call it ‘blood bounties’, and we do that those, too. If you can find a (security) hole, in like Google or Facebook, you find the hole, you re-route back and show them the hole, send it them, and they pay you to close it.”

At the Gering High Media Day Wednesday, Reinmuth was joined by three of his students, Nick Smith, Merril Newman and Savannah Baird. The instructor said everyone in the class takes a different path, describing Smith and Baird as social engineering, open-source intelligence students, and Newman as a programmer.

Newman has been working on a new scheduler for the district’s parent-teacher conferences, and says the class has shown him how programming and security go hand-in-hand. “You see a hole in your code that you didn’t see before and it also helps understanding a lot of the tools used in the class,” said Newman. “I think the class has a very effective method of teaching security, because, to effectively defend something, you have to understand how someone would go about attacking it.”

Reinmuth says when it comes to demand in that part of the STEM sector, some 630,000 cyber-security positions are open across the country, and for those really good at it, then can pull down a six-figure salary at an early age without needing a four-year college degree.

The classes have even partnered with Gering Police on open-source intelligence information readily available on the internet, and the course offering could become part of a new Career Academy in Public Safety that’s currently under development.