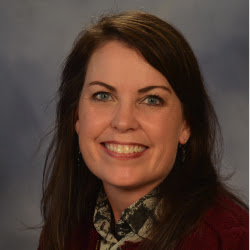 The Gering School Board of Education has selected Dr. Nicole Regan as the new Superintendent for Gering Public Schools.

The board interviewed four finalists this week during an open interview process which included input from community members, parents, students, and staff.

Gering School Board President, BJ Peters shares, “This is an exciting day for Gering Public Schools. Dr. Regan has the energy, passion and skills to take Gering to new heights. We were fortunate to have had four outstanding candidates and it was a difficult decision. However, the board has no doubt that she is the right person for the job.”

Dr. Regan is presently serving as the Director of Recruitment and Supervisor of Special Programs Personnel and Human Resources at Lincoln Public Schools, a position she has held since 2014.

Dr. Regan is involved in several community organizations in Lincoln and looks forward to developing strong connections in the Gering community, too.

“I am honored to join the dynamic team and supportive community of Gering Public Schools. This opportunity in GPS is a lifelong dream in leading a progressive district that emulates excellence and excitement for their students. I look forward to the opportunity to be a Bulldog,” shares Regan.

A formal acceptance of Dr. Regan’s contract will take place at the December 14 school board meeting with an official start date of July 1, 2021. Interim Superintendent Gary Cooper will continue his role through June.