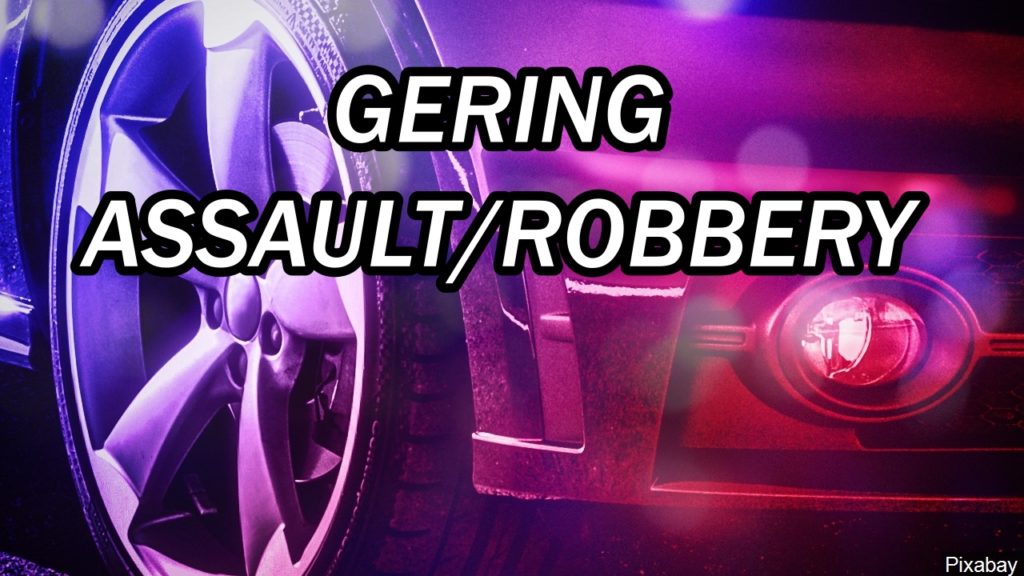 Gering Police are investigating an assault and robbery that was reported early Tuesday morning.

Captain Jason Rogers tells Rural Radio News an adult female reported that she was physically assaulted and had her purse stolen during the assault, which occurred at around 5:30 Tuesday morning.

Rogers says the assault and robbery reportedly happened while the victim was in her vehicle, parked in the 1300 block of 5th Street in Gering.

Police are attempting to determine the level of involvement of a female who was with the victim at the time of the incident.

Along with the purse, Rogers says the victim had her credit cards and cash stolen.

According to the victim, there was at least one other suspect involved who left in an unknown vehicle.

Police are in the process of obtaining video of the incident, and are asking that anyone with information or who may have video surveillance that may have captured that area are asked to call Gering Police at 436-5089 or Crimestoppers at 632-STOP.