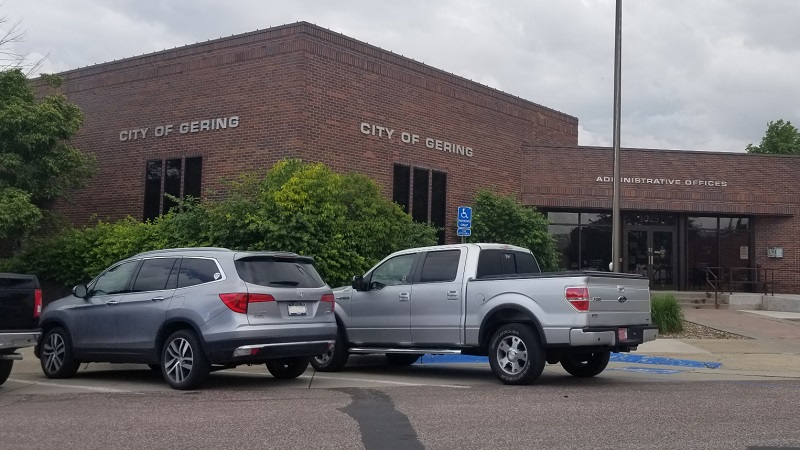 The Gering City Council Monday night approving the preliminary and final plats for development of seven new lots in the Westwood Estates addition on the south side of the community.

During discussion of the plans during the public hearing on the issue, City Engineer Annie Folck said there were some initial concerns about storm water runoff, with possible new construction at the top of a hill.

Folck told council members the solution to the potential issue would be a retention pond at Oregon Trail Park that would become a showcase multi-purpose storm water feature. “We’ll put in some plants and different things and make it very attractive,” said Folck. “It also will help alleviate some of the flooding we have in that area. It will be sized for this subdivision but placed in a more-strategic location that it will help with some of the drainage we have that ends up on Field One and the parking lot at Oregon Trail Park.”

The council voting unanimously approving both the preliminary and final plans for the development.