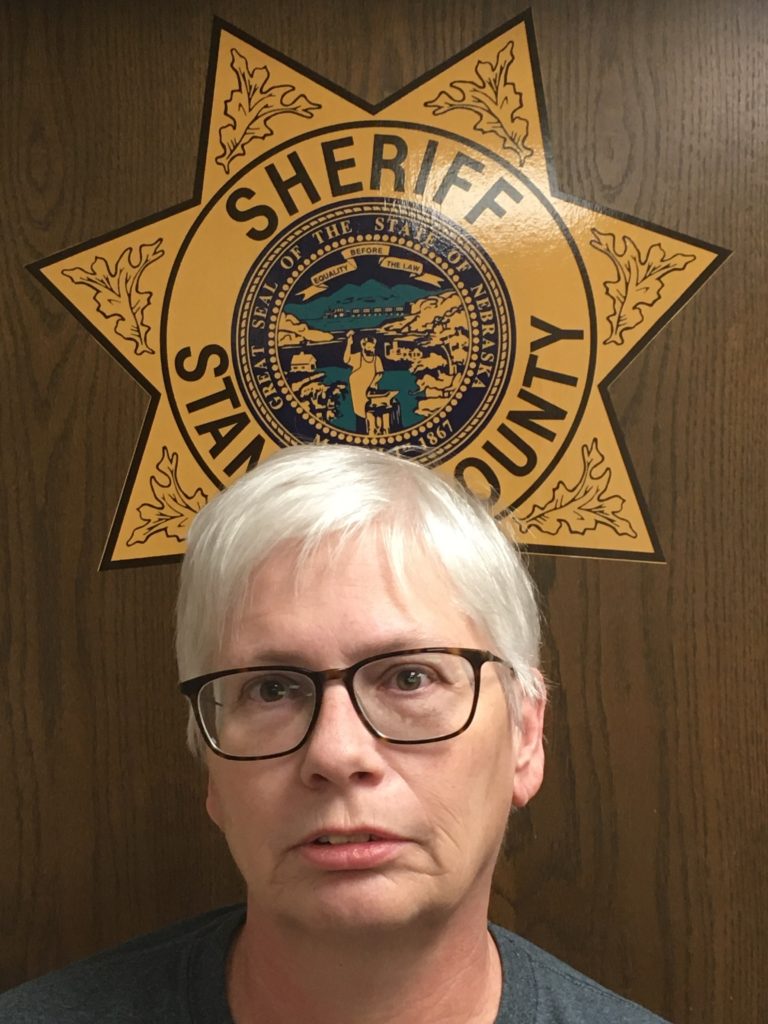 On Wednesday evening at about 6:15 p.m., the Stanton County Sheriff’s office arrested Kimberly Neiman, 57, of Pilger on a Stanton County Arrest Warrant charging her with seven (7) felony Counts of Theft by Unlawful Taking (six Class II felonies and one Class 4 felony) and three counts of Abuse of Public Records (Class II Misd).

Neiman is the former Pilger village clerk and was charged following a nearly yearlong investigation by the Stanton County Sheriff and Stanton County Attorney offices into the unlawful taking of money from the village that dates back to at least 2006.

Neiman was arrested at her residence in Pilger and booked on the multiple charges at the Sheriff’s office, where she was later released after posting 10% of a $50,000.00 bond.

She is scheduled for her first court appearance in March.