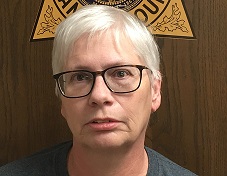 On Monday in Stanton County District Court, Kimberley Neiman, 58, of Pilger was sentenced to a three year term of imprisonment following her conviction of an Attempted Theft (Class IIIA felony). Neiman was the former Village Clerk for the Village of Pilger and was arrested and charged in early 2020 following a yearlong investigation by the Stanton County Sheriff’s office and Stanton County Attorney into more than $700,000.00 in misspent funds from the village accounts. Neiman entered a guilty plea in November as part of a plea agreement that dropped numerous Theft/Unlawful Acts charges against her. The investigation revealed Village of Pilger funds were spent unlawfully for “Sham” claims that began as early as 2006 and ended with her termination in late 2018. As part of her sentence she was ordered to repay just over $44.000.00 in restitution to the Village of Pilger and Pilger Fire Department. Neiman was also ordered to 18 months of post relief supervision upon her prison release. She was sentenced by District Judge James Kube who found her to be unfit for probation and a risk to society during his sentencing announcement.