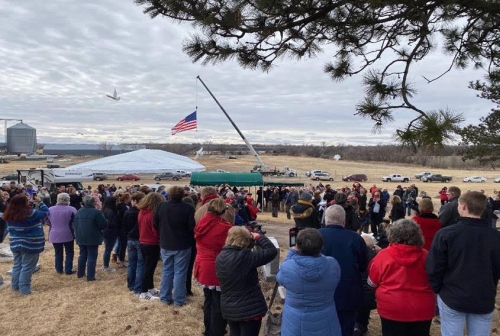 “Donald Stratton was an American hero who answered our nation’s call to serve when we needed him most. As one of the last remaining survivors of the USS Arizona, I was proud that my staff was able to coordinate with the Navy to ensure he received the military burial he deserved. Bruce and I extend our deepest condolences to the Stratton family for their loss.”

The USS Arizona was torpedoed during Japan’s attack on Pearl Harbor on December 7, 1941, leaving Stratton severely burned. He managed to escape the sinking ship by climbing across 70 feet of rope to an adjacent ship. Later in life, Stratton taught people about the sacrifices made by sailors during Pearl Harbor and wrote a book entitled “All the Gallant Men” detailing the attack and his recovery.

Stratton’s passing at the age of 97 leaves only two living survivors of the USS Arizona.