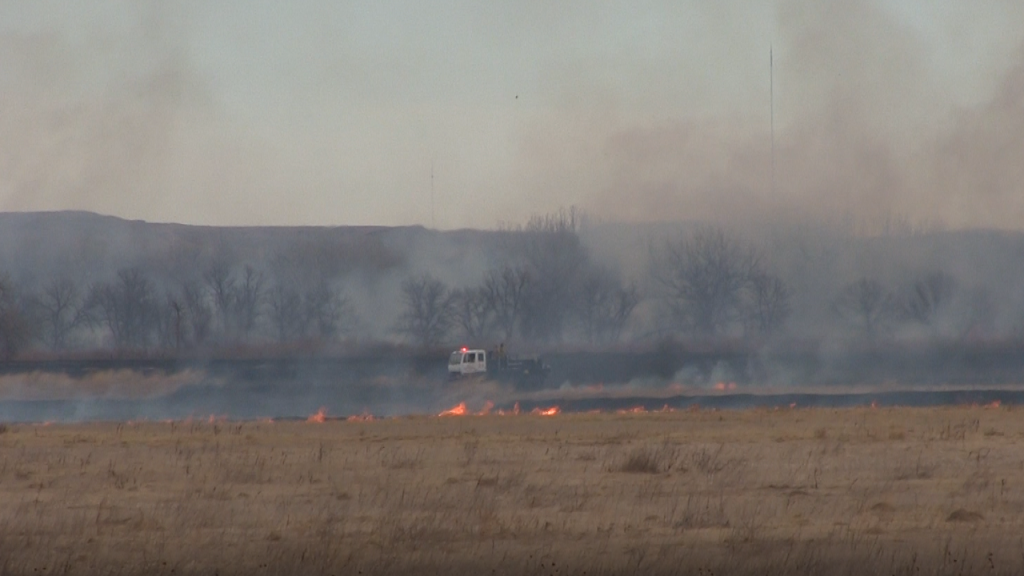 A grass fire that broke out around 1:30 p.m.  southeast approximately 5 miles southeast of Bayard drew a large response due to windy conditions that made the flames difficult to extinguish.

Bayard Volunteer Fire made the initial response to the blaze reportedly on the Schmidt Ranch, with mutual aid from Alliance Fire and volunteers from the Gering, Bridgeport, Minatare-Melbeta and Broadwater Departments.

Firefighters spent several hours knocking down the flames, which also made it into trees and brush south of the North Platte River.

Details were not immediately available on a cause, amount of land burned or whether any structures were burned or destroyed.

Morrill County law enforcement confirm that at around the same time that fire broke out, another had been burning in the Angora area.