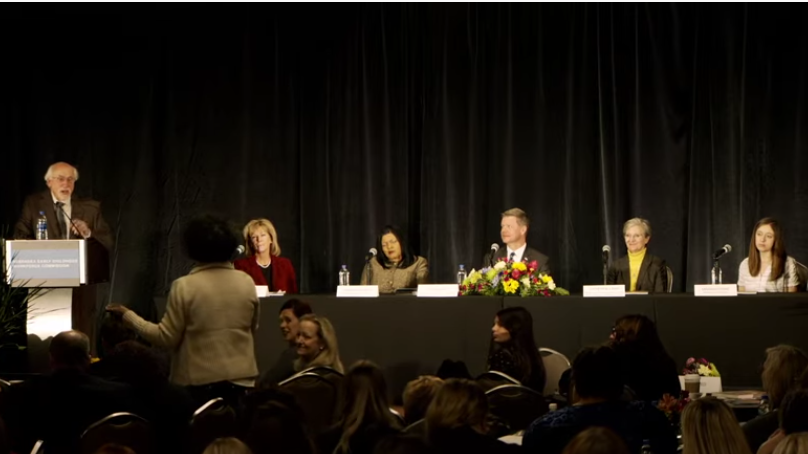 A new report says families who want access to high-quality child care in Nebraska may be out of luck depending on where they live or how much they make.

The report by the Nebraska Early Childhood Workforce Commission says access to child care varies widely, with 11 of the state’s 93 counties having no licensed child care facilities.

During opening remarks, State Senator and Commission member John Stinner asked people to think about how childhood issues tie into society’s problems, and cited a Legislative study on prison overcrowding in Nebraska that found 70 percent of all violent offenders were high school dropouts. “Think about the fact when we start to allocate money within Appropriations, over $200 million goes to Special Education. Think about that 60% of the kids showing up not ready to learn, do they end up as Special Ed kids? To help them with their reading skills, to help them with their vocabulary, is there something we can do to lower that number?” asked Stinner. “Those are challenges, those are linkages, that’s why I’m interested in early childhood education.”

The report also found a high turnover rate among early childhood care providers, driven in part by low pay, with the median wage for professionals teaching in community-based child care centers at less than $19,000 as of 2016.

The Gering lawmaker said that armed with the information contained in the report, Nebraskans should now take a hard look at where resources are allocated, and stay focused on the issue. “We’re going to try to put together some kind of LR (Legislative Resolution) or a committee to again try to assess and see if we can move the ball forward. But this report moves the ball a long way forward in terms of it’s comprehensiveness, it’s depth, and it really gives you some targets,” said Stinner.

The Commission’s findings and recommendations were released during a news conference and panel discussion Thursday at the Marriott Cornhusker Hotel in Lincoln. You can find the details on the report online at the Buffett Early Childhood Institute at the University of Nebraska-Lincoln.