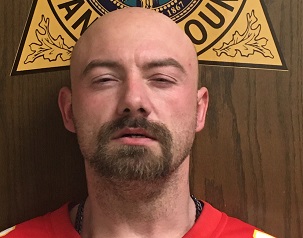 On Tuesday morning just before 8:00 a.m. the Stanton County Sheriff’s office arrested two people on drug related charges following a traffic stop in Stanton. The Sheriff’s office was notified of a reckless driving SUV on Hwy 24 and it was located in Stanton. The driver Travis Mace, 35, of Norfolk was found to be under the influence of methamphetamine. Mace had to physically be subdued by the Sheriff and a deputy after he refused to cooperate and refused to take his hand out of his pocket. Subsequently Mace was found in possession of several grams of methamphetamine. Mace further was found to be in possession of a stolen purse and credit cards taken from a vehicle in Norfolk last night. Several lap top computers were also seized and believed to have been stolen from the Norfolk area. Mace faces charges of Driving While Intoxicated-Drugs, Theft by Receiving, Resisting Arrest, Possession of Methamphetamine, Prohibited Acts (Influence of Illegal Drug) and a Bond Violation. 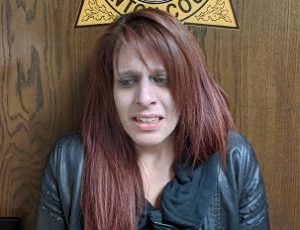 A female passenger Courtney Greening, 23, Norfolk was also arrested for Prohibited Acts and a Bond Violation. Both were recently released from jail in Antelope County on felony charges.