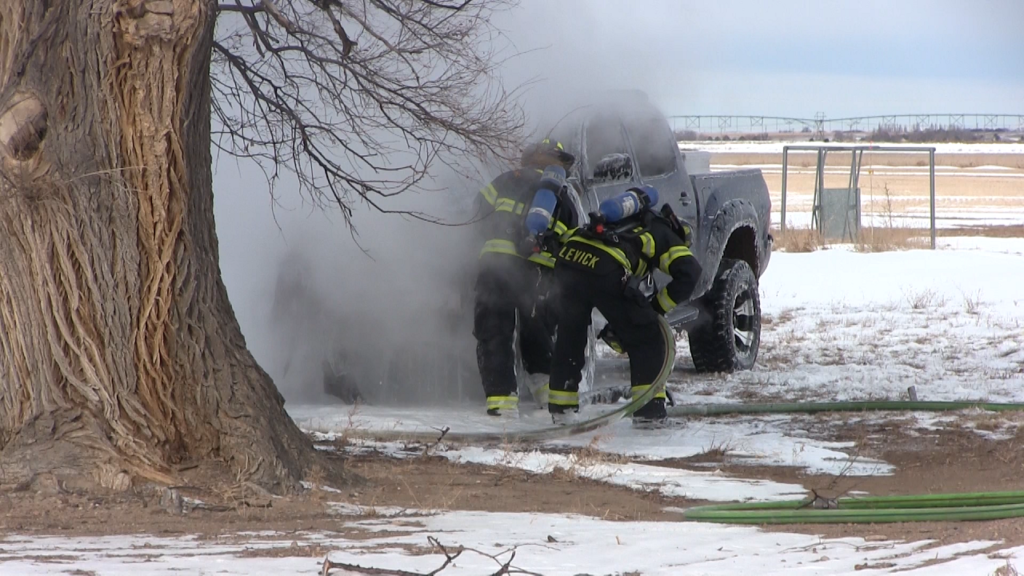 The vehicle was deemed a total loss, but the driver uninjured when a pickup caught on fire about half a mile north of the Lander Soccer complex on the northeastern edge of Scottsbluff Thursday morning.

Scottsbluff Fire and Police provided the initial response to the call shortly before 10:30 a.m., finding the engine compartment fully involved, with flames spreading into the passenger cab.

Scotts Bluff County Sheriff’s Deputy Travis Petersen says the driver realized something was wrong as he was driving north from the 5th Avenue and 42nd Street intersection. “Maybe he lost an oil line driving down the road, possibly dropping oil onto the exhaust,” said Petersen. “That’s what we’re surmising right now with this trail that goes down here (on the county road). He was able to get it off the road before it caught on fire too much.”

Peterson says the driver lost his brakes at a certain point near his grandfather’s home, made a wide arc into a nearby field and used snow drifts to stop the pickup.

The driver was able to get his hunting gear and other possessions out of the vehicle before it went up in flames.