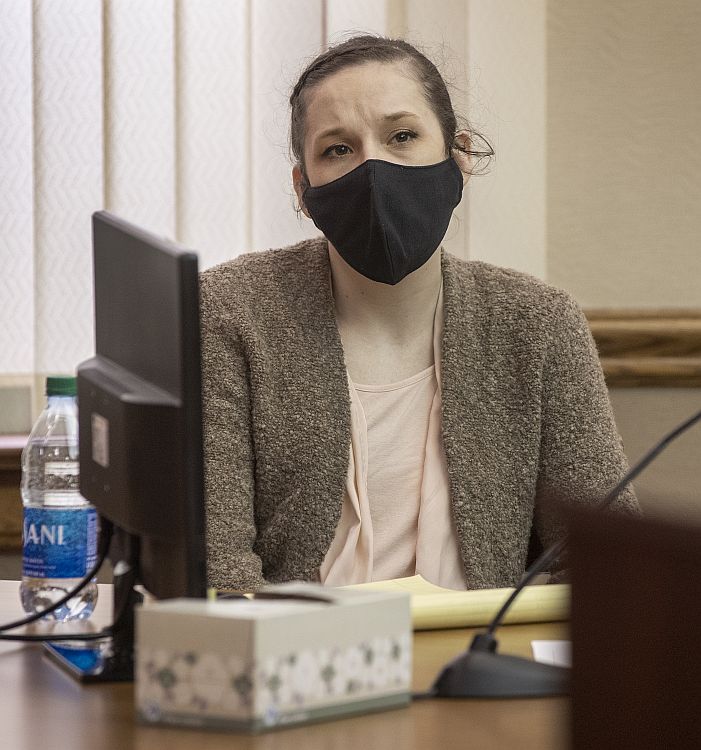 Day four of the Bailey Boswell murder trial concluded Monday in Lexington with testimony from Saline County Sheriff’s Deputy Dillon Semrad. Semrad detailed how he used phone records to investigate a cell phone number that was traced to Wilber, Nebraska, a town located about 32 miles southwest of Lincoln. It was traced to the cell phone belonging to a person who called herself “Audrey”.

Dep. Semrad used records obtained through the company that supplied the phone service detailing I.P. addresses and highly technical information about where the cell phone was used.

Several Lincoln Police officers were called to the stand separately to explain their role in investigating the disappearance of Sydney Loofe, who went missing in November 2017.

Earlier in the day, Sydney’s mother, Susan Loofe, was called to the stand and she explained what happened the last day she had contact with her 24-year-old daughter before her disappearance.

She said on Monday, November 13, 2017, Sydney went to a doctor’s appointment in Lincoln and was given a different medication for the depression she had been experiencing for several years.

Susan also testified that her daughter posted on Snapchat that she was ready to go on a date on Wednesday, November 15, 2017. She never heard from her daughter again. The date between Sydney and a person named “Audrey” was arranged through the social networking site Tinder.

The prosecution called nine witnesses Monday and following that decided to ask the court to adjourn until Tuesday.