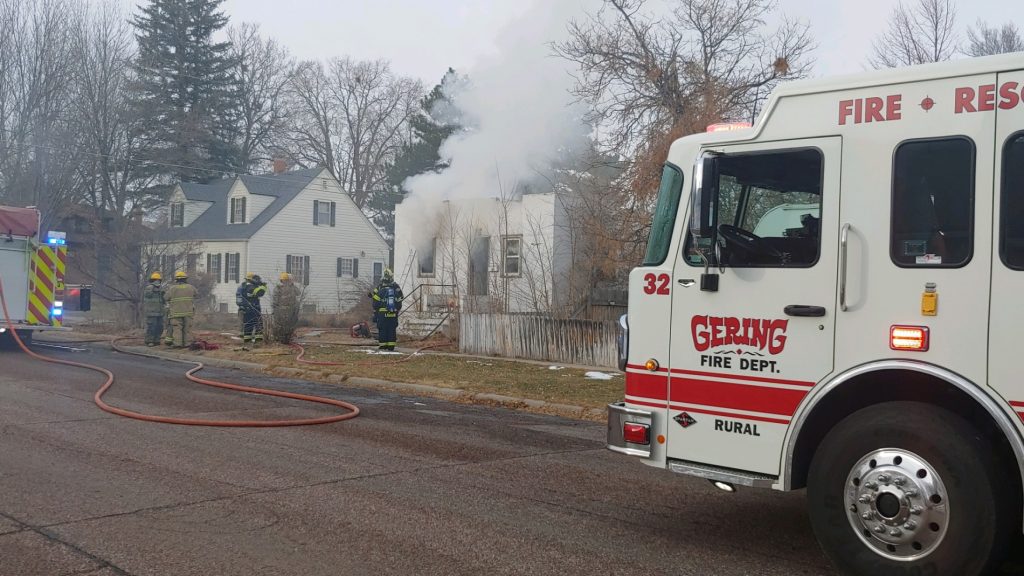 Gering authorities say one person has died following a Thursday afternoon house fire in the 1200 Block of R Street.

Around 2:15 p.m., Gering firefighters were dispatched to the blaze, with Scottsbluff Fire Department providing mutual aid.

Flowers says about 30 minutes after arrival, firefighters were able to make full entry and once inside they were able to inspect and discovered the deceased victim.

Chief Flowers says his thoughts and prayers are with the family of the victim. Further details including the name of the victim and the cause of the blaze will be released by either the Gering Police Department or the State Fire Marshals Office.