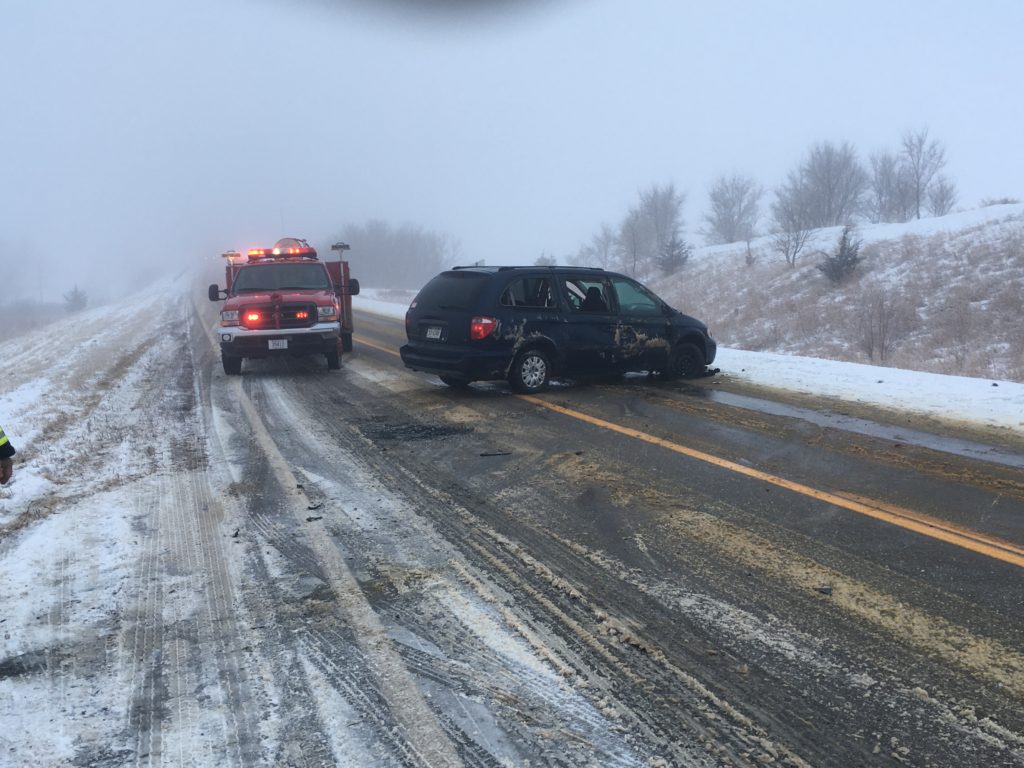 On Wednesday morning at about 7:50 a.m. the Stanton County Sheriff’s office responded to and investigated a one vehicle accident about 11 miles South of Stanton on Hwy 57 that sent the driver and two passengers to the hospital.

The accident occurred when a southbound van driven by Lareta Anderson, 67, of Stanton lost control due to icy road conditions crossed the highway striking a guard rail and coming to rest in the middle of the highway. Anderson was taken to FRHS in Norfolk by Leigh Fire and Rescue for treatment of back injuries. Her two granddaughters were also transported as a precaution.

The van is considered a total loss and there was extensive damage to the guard rail. Seat belts were in use and credited with preventing more serious injuries. Road conditions were icy at the time, along with dense fog in the area.