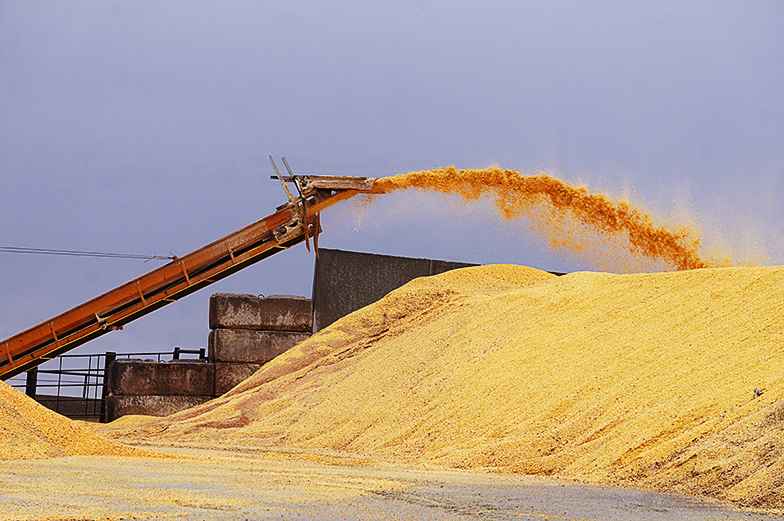 The coronavirus or COVID-19 is having far-reaching global effects on countries and their economies but is also hitting the Midwest hard.

While confirmed coronavirus cases in the United States remain low, impacts are already being felt in Nebraska’s rural communities. The most obvious area is the impact the virus is having on the grain commodities, which have been falling since Feb. 24.

“We’ve been down so much in the markets this week, as the news came out about it spreading to Italy and Iran and we’ve just been selling off since then,” said Trevor Sutherland, Crossroad Coop grain merchandiser in Sidney. “It’s like a macro sell-off and they’re just kind of covering the risk side of the market.”

In the commodities markets, wheat is down 25 cents and corn is down 12 cents, and they had continued to fall by the end of the week Feb. 28.

Ernie Goss, Creighton University economist agrees with Sutherland on the fear side. In fact, Goss noted the fear gauge, VIX, is up dramatically.

“The index has doubled in the past several months, it’s above 30 and moving towards 40,” he said. “Investors are seeing the futures pretty negatively right now.”

This is not the first time deadly viruses have hit the U.S. or other countries. In the past couple of decades, there have been “Black Swan” events, or high risk, unexpected events, such as 9-11 and the SARS virus. So what is it about COVID-19, which is having such an impact on economies.

“During the SARS event in 2002 and 2003, we were much less of a globally interconnected economy and now we are much more connected so the reaction is much quicker and far-reaching,” Goss said.

The economy has been slowing for the better part of a year and the coronavirus outbreak has already caused more than one-third of Midwest manufacturers surveyed in the Mid America Business Conditions Index to rethink vendor choices with 20 percent seeking to rely on vendors closer to home.

The one bright spot for some in this current situation is the interest rates.

“So, if your needing funds we’ll be seeing some of the best interest rates on long term bonds and mortgage rates in the last 60 years,” Goss said.

He added long term investors shouldn’t worry too much about the markets, as things will settle down.

Still, for ag producers, as the markets drop there are questions on if they can hold out to see the market turn.

“We’re down nine cents today (Feb. 27) on wheat and that’s nine cents less the producer will get. Unless we get a turn around before harvest happens, or they just wait it out, but that’s a lot of money and it’s a lot harder for the market to come back up than to go down,” said Sutherland.

If China does start purchasing as it was expected to before COVID-19 hit, the markets could see a rally before harvest. With the virus spreading, though, it could be another long year for ag producers.