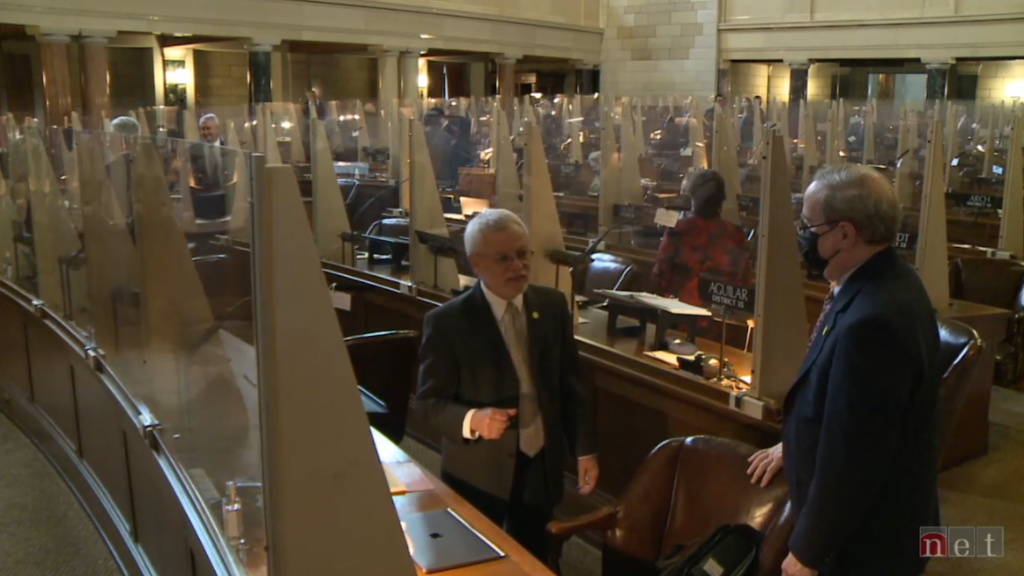 A bill that would provide a one-time death benefit to families of Nebraska first responders killed in the line of duty was amended and advanced to final reading March 22.

LB255, introduced by Lincoln Sen. Matt Hansen, would provide monetary compensation to the family of a law enforcement officer, firefighter or public EMS ambulance squad member killed in the line of duty, including those who work on a voluntary basis.

Under the bill, a qualifying family member must file for compensation within one year of the death. For first responders killed in 2022, compensation provided would be $50,000. For each following year, compensation would be equal to the previous year’s compensation increased by the percentage increase in the consumer price index for all urban consumers.

Under an amendment offered by Norfolk Sen. Michael Flood during select file debate, correctional officers and private, nonprofit EMS ambulance squad members also would be eligible for the benefits proposed in LB255.

As introduced, the bill defined a line-of-duty death as having occurred within five years of a related incident or injury during the active performance of an individual’s official duties. The amendment would narrow this window to three years.

Thurston Sen. Joni Albrecht opposed the amendment and the underlying bill, saying she could support LB255 if it applied to volunteer first responders only.

“I think that when all of us do our due diligence and find out how much is negotiated in the contracts of paid firefighters, police officers, sheriffs or state patrol — along with retirement [benefits] — I think we’ll find substantial amounts of money that are [already] being paid out and guaranteed to [them],” Albrecht said.

Following the 33-2 adoption of the Flood amendment, LB255 advanced to final reading by voice vote.