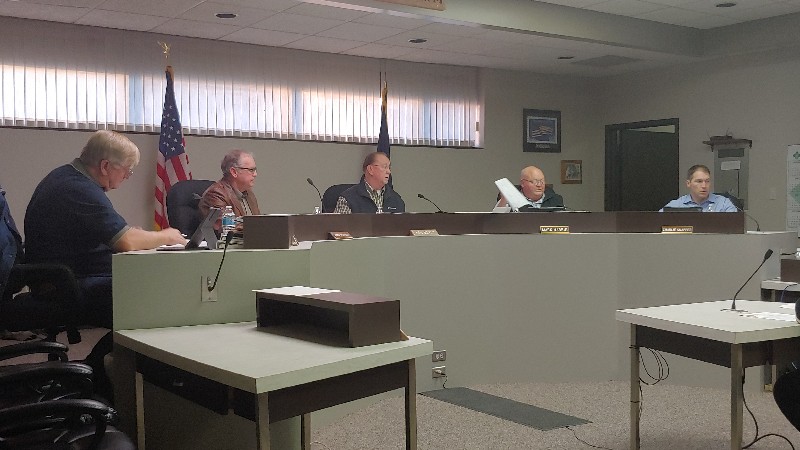 A perennial source of complaints from motorists and Ag producers will be addressed later this year after Scotts Bluff County Commissioners approved a bid for repairs to Stegall Road Tuesday night.

The Board unanimously awarded a bid of $1,671,650  to Simon Construction for five miles of new pavement starting at the Banner County line, with the project slated to start this April.

Roads Superintendent Linda Grummert presented options to the board based on Simon’s low bid, with three miles of construction for just over $1 million, and the option to add two more miles for about $650,000 more. However, Grummert noted the amount earmarked for the project during budget work last year was about $132,000 short of meeting the cost for five miles.

Part of the discussion that helped board members approve the bigger amount was a presentation showing how well the pavement on Sugar Factory Road north of 42nd Street has held up in the nearly six years since completion of that project. At the behest of Commissioner Russ Reisig, two six-inch diameter core samples taken from that pavement were presented, showing how the larger aggregate and a fabric reinforcement layer had kept that roadway in good shape.

The same process and materials used for Sugar Factory Road will be used for Stegall Road, which helped convince the board to vote on favor of the longer five-mile project, with all agreeing they would find the additional money.

One such possibility mentioned during the discussion was the use of a portion of the County’s CARES Act funding, but a final source for the additional money will be determined at a later date.