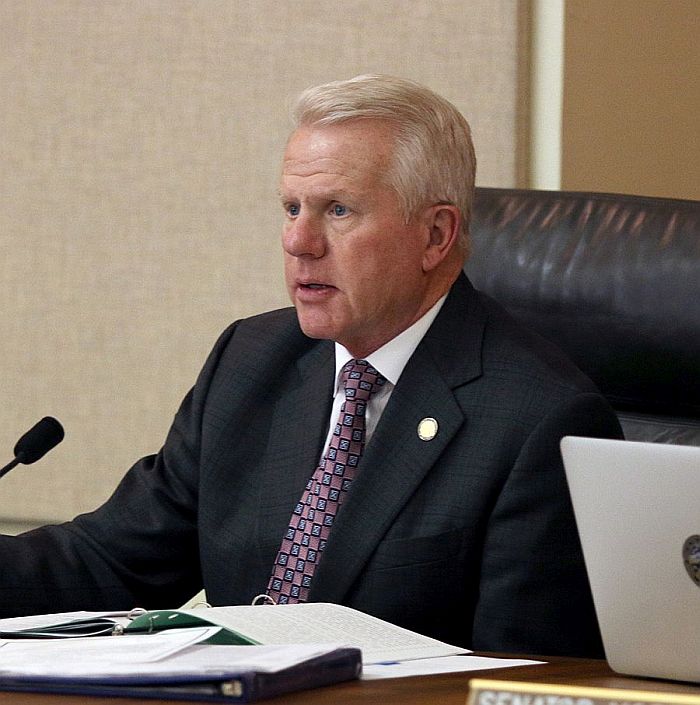 Greetings District 36.  This week the Legislature has been busy with bill introduction.  Bill introduction occurs during the first ten days of the session.  Each bill introduced is required to have a public hearing, so once a bill is introduced it is referenced to a specific standing committee based on its subject matter to hold the hearing.

After bill introduction is complete, the Standing Committees begin holding hearings. I was
honored to be reelected Chairman of the Banking, Commerce, and Insurance Committee.  As
chair it is my job to provide the public with the opportunity to give their input on the bills that
come to the Committee.  It is often said that the Committees serve as the Unicameral’s second
house, and is an important part of the legislative process that I take seriously.

In addition to bill introduction, the Governor delivered his State of the State address this week.   The Governor introduced his biennial budget proposal and his legislative priorities. One of his main goals is to continue to work on ways to reduce property taxes.  The Governor’s proposed budget would deliver $1.36 billion in relief over the biennium, and limit the growth of local property taxes to 3 percent annually to control tax growth.

The Governor also discussed Nebraska’s commitment to the military and veterans.  He said he will continue with efforts to bring the U.S. Space Command to Omaha, he supports exempting 100 percent of military retirement income, as well as legislation that allow military spouses to use their out-of-state licenses related to teaching and healthcare while living in Nebraska. The Governor also proposed
funds for a new correctional facility, and touched on his commitment to expanding broadband
access to all Nebraskans.

My office is located in Room 1401 in the State Capitol.  Staff has also stayed the same as last year. Peg Jones is our Legislative Aide, Aaron Heyen is our Administrative Aide, Natalie Schunk is our Committee Clerk, and Bill Marienau is our Committee Legal Counsel.  As always, feel free to contact me anytime at (402) 471-2642 or mwilliams@leg.ne.gov. Thanks again for your continued support.