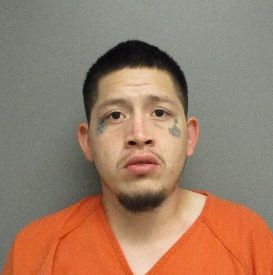 The U.S. Attorney’s Office has announced that Jesus Noel Garfio, 28, of Denver, Colorado, was sentenced on June 10, 2020, to 84 months in prison by United States District Judge Brian C. Buescher for possession with intent to distribute five grams or more of methamphetamine. There is no parole in the federal system. Upon his release from prison, Garfio will serve four years of supervised release. He will also forfeit $16,747.00 in U.S. currency.

On July 16, 2019, a Nebraska State Patrol trooper conducted a traffic stop in Dawson County, Nebraska, in which Jenna Martinez and Garfio, both of Denver, Colorado, were found in possession of 26 grams actual methamphetamine, 53 grams of heroin, and $16,747 in U.S. currency. Martinez was sentenced to 84 months in prison on March 12, 2020, for the same offense.

The case was investigated by the Nebraska State Patrol.