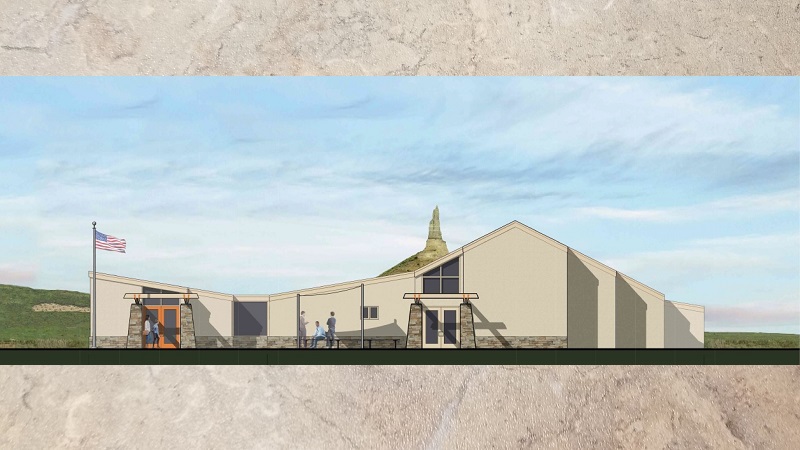 Fundraising efforts for expansion of the Chimney Rock Visitor Center have eclipsed a milestone toward the $1.8 million cost of the project.

The Nebraska State Historical Society Foundation has announced it has received $1,565,848.11 in gifts and grants toward the original goal, which is part of a larger expansion that began with the recent purchase of 360 acres of land at the base of Chimney Rock.

“We are so grateful for all the grants that we have received for the expansion,” said Leslie Fattig, NSHSF Executive Director. “Chimney Rock is such an iconic Nebraska landmark and we are thrilled that visitors will be able to have an enhanced experience.”

The Foundation, which supports History Nebraska, purchased the land in November 2018 with the intention of preserving the stretch of prairie land between the Ethel and Christopher J. Abbott Visitor Center and Chimney Rock. They will be able to preserve the view afforded by undeveloped land, as well as allow visitors to get closer to the rock formation than ever before with the addition of a new trail.

The land sale was separate from an ongoing fundraiser to expand and improve the visitor center, which attracts about 30,000 people a year. The current visitor center was built 25 years ago, replacing an old trailer that had been near the base of the national landmark. The new expansion will include an additional 1,350 square feet, with a new entrance that will double as a storm shelter, an indoor classroom, and a gathering space. Other improvements include an expanded gift shop, accessible parking, an outdoor classroom and an open-concept theater space, with a clear view of the 300-foot spire that towers above the Platte River Valley.

Work on the expansion is slated to begin in October 2019 and be completed in April 2020, with a grand reopening a month later.

The total list of gifts and grants received for the project include: