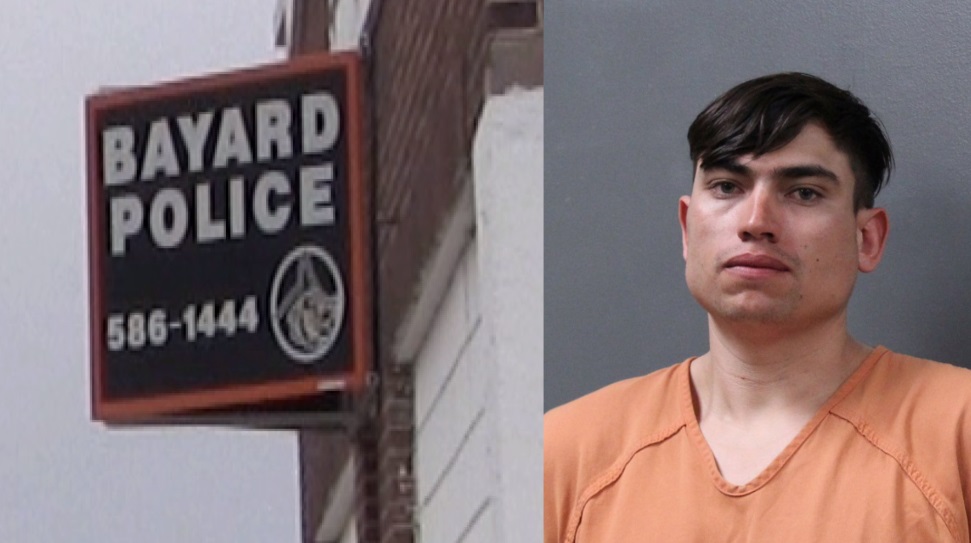 Charges were filed late last week against the man that Bayard Police say led them on a February 14th pursuit that  ended with the crash of two vehicles, including a Bayard Police cruiser.

27-year-old Michael Fiscus of rural Mitchell is charged with: Operating a Motor Vehicle to Avoid Arrest, a Class IV Felony, Obstructing a Peace Officer, and Criminal Mischief, both misdemeanor charges.

According to Morrill County Dispatch radio communications, the Bayard officer made contact with a pickup driver and passenger near the Tiger Paws convenience store around 5:40 p.m., and the vehicle took off when the officer went to his unit to check their information.

Approximately five minutes after the pursuit started, scanner traffic indicated a crash between two vehicles at a curve on the gravel road, leaving the cruiser upside-down.

Officers with the Morrill County Sheriff’s Office arrived at the scene about 10 minutes later but were unable to locate the occupants of the other vehicle.

Charges against Fiscus were filed on March 6, and he is scheduled to be arraigned on the charges on April 15 in Morrill County Court.

Fiscus made headlines in 2013 after running a stop sign in rural Minatare and struck a northbound vehicle. The crash caused serious injuries to passenger Seth Thompson, who later died from injuries sustained in the crash.

He was convicted of Motor Vehicle Homicide, and after violating terms of his probation, Fiscus was sentenced to 240 days in jail in October, 2018.