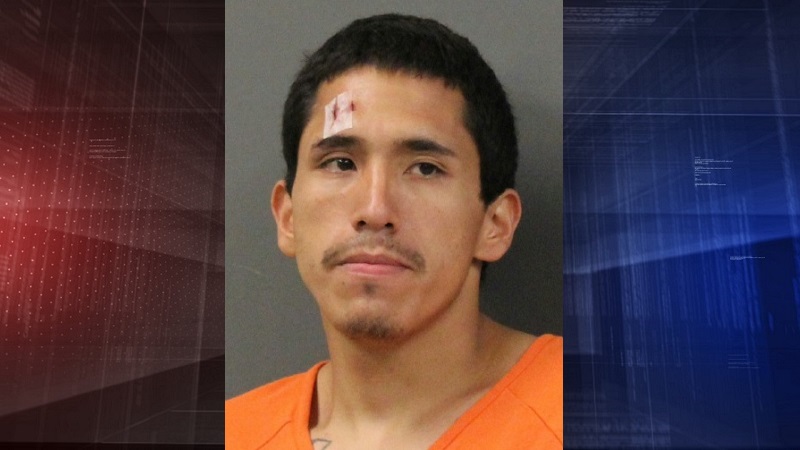 Prosecutors have dismissed the bulk of charges filed against a 25-year-old Scottsbluff man who was arrested earlier this year after allegedly robbing a man at knife point.

Isaac Iron Bear was arrested in June on charges of Robbery, Use of a Weapon to Commit a Felony and Terroristic Threats. He was accused of forcing a male into a bathroom, holding a knife to his threat, and threatening to stab him and his girlfriend.

When he was apprehended at a local motel, Iron Bear started to resist, and during a search a blue straw was found in his pocket with a white substance that tested presumptive positive for methamphetamine. Additional charges of Possession of a Controlled Substance and Resisting Arrest were filed.

A third round of charges were filed in September after Iron Bear assaulted an inmate at the Scotts Bluff County Detention Center. A Class 3A Felony charge  of Assault by a Confined Person was also filed.

Last week in Scotts Bluff County District Court, Iron Bear pleaded no contest to the drug and jail assault charges, and the initial charges of Robbery, Use of a Weapon to Commit a Felony and Terroristic Threats were dismissed with prejudice.

He faces up to two years in prison on the meth conviction and three years for the jail assault when he is sentenced on February 3rd.