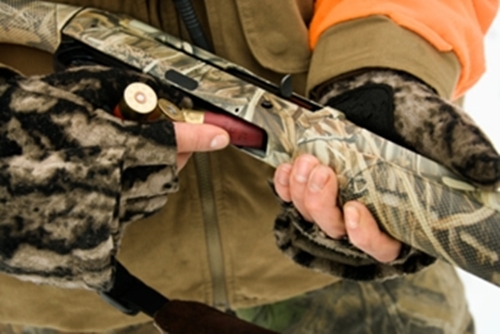 Spanel admitted to two misdemeanor counts of the illegal taking of wildlife in interstate commerce and was sentenced by United States Magistrate Judge Michael D. Nelson to five years of probation during which Spanel may not hunt, trap, or assist, or be present with anyone engaged in those activities.

Spanel was ordered to pay a $7,500 fine and forfeited a custom 300 caliber bolt-action rifle with a Sig Sauer tactical scope and SilencerCo suppressor utilized in one of the unlawful hunts.

An investigation determined that between November 2016 and November, 2017, Spanel was employed by Hidden Hills Outfitters (HHO), a commercial big game guiding and outfitting business located near Broken Bow, Nebraska, and provided hunting and guiding services to HHO clients.  The investigation determined that during a number of these hunts, Spanel guided and assisted HHO clients in unlawful hunting activities which included hunting and taking mule deer without a valid permit, upon property without landowner permission, and with prohibited weapons, all of which are in violation of Nebraska State law or regulation.

In December, 2016, during the Nebraska muzzleloader deer season, Spanel personally hunted and killed a 195-inch mule deer north of Brewster, Nebraska, while accompanied and assisted by an HHO owner.  SPANEL, knowing he had not yet acquired a valid permit, killed the mule deer with a .17 caliber rifle.  Nebraska state law prohibits hunting or taking deer without first purchasing and possessing a valid permit and prohibits the use of center-fire rifles during the muzzleloader deer season.  Spanel later transported the deer in interstate commerce by enlisting another HHO guide to deliver the trophy parts to a taxidermist near Palisade, Colorado.

In September, 2017, Spanel, an HHO owner, and a repeat HHO hunting client attempted to locate and recover a 190-inch mule deer named “Inline” that the Missouri client shot and wounded with archery equipment the prior evening north of Ogallala, Nebraska.  After entering upon adjacent property without permission of the landowner, Spanel located, shot, and killed the deer with a suppressed rifle, knowing the weapon was prohibited for use during the archery season.  Spanel engaged in an unlawful sale and transport of wildlife in interstate commerce by providing guiding and outfitting services for the unlawful take of the mule deer intended for subsequent transport to the client’s Missouri taxidermist.

Today’s sentencing is a continuation of the ongoing prosecution of numerous defendants related to violations committed by owners, guides, and clients of Hidden Hills Outfitters.  To date, twenty-seven (27) defendants have pleaded guilty and have been sentenced and ordered to pay a total of $248,048 in fines and restitution for underlying violations related to deer taken within baited areas; deer, pronghorn, and wild turkeys taken with weapons or firearms prohibited during their respective hunting seasons; deer taken during closed season hours, from the road, or without a valid permit; and mule deer taken within the Mule Deer Conservation Area.

The operation was a joint investigation by the United States Fish and Wildlife Service, Office of Law Enforcement and the Nebraska Game and Parks Commission, Law Enforcement Division.