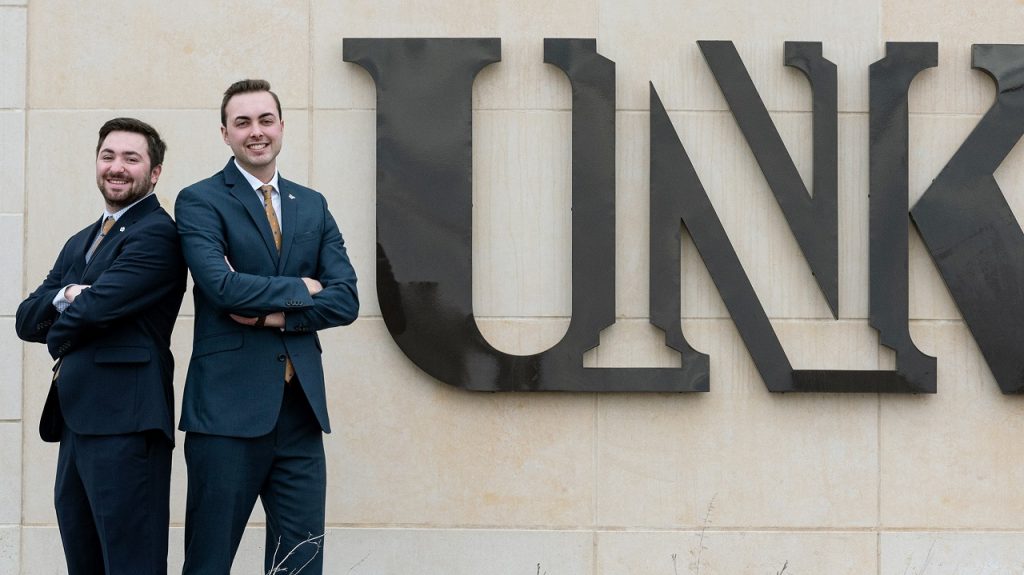 Following a two-day vote, a Panhandle high school graduate has been selected as the Student Body Vice President at the University of Nebraska-Kearney.

Max Beal of Kenesaw and Trey Janicek of Bridgeport will serve as the next student body president and vice president, taking office April 7th.

Janicek, whose older brother Taylor served as UNK student body vice president in 2018-19, called Thursday’s victory a group effort. “Our entire team has worked so hard throughout this experience,” he said. “We all deserve this together. It’s not just the two of us.”

Janicek is an agribusiness major with a 3.6 GPA. A member of the Phi Delta Theta fraternity and Order of Omega Greek honor society, he serves as vice president of community service and philanthropy for UNK’s Interfraternity Council.

The junior from Bridgeport is also a resident assistant on campus and a member of Ducks Unlimited.

Referencing their campaign slogan – “Your Voice. Your Choice” – Beal said he and Janicek will be strong advocates for UNK students over the next year.

“Now that students have made their choice, we’re going to be a great voice for them moving forward,” Beal said.

As student body president, Beal will represent UNK as a student regent on the University of Nebraska Board of Regents and serve as the official student body representative to the administration and public. The president also has the power to approve or veto legislation passed by the Student Senate.

Beal currently serves as a student senator representing the College of Business and Technology and he’s part of the Kearney Law Opportunities Program. He maintains a 4.0 GPA while studying business administration with a public law minor.

A junior from Kenesaw, Beal is president and founder of the UNK Pre-Law Society and president of the Sigma Phi Epsilon fraternity. He’s also a Chancellor’s Ambassador and a member of the UNK Honors Program, NU Student Alliance, Order of Omega Greek honor society and Phi Beta Lambda student business organization.

In the community, Beal has been involved with TOPSoccer, a soccer program for youths with physical or developmental disabilities, and Skills for Success, which teaches professional and personal etiquette to local seventh graders.