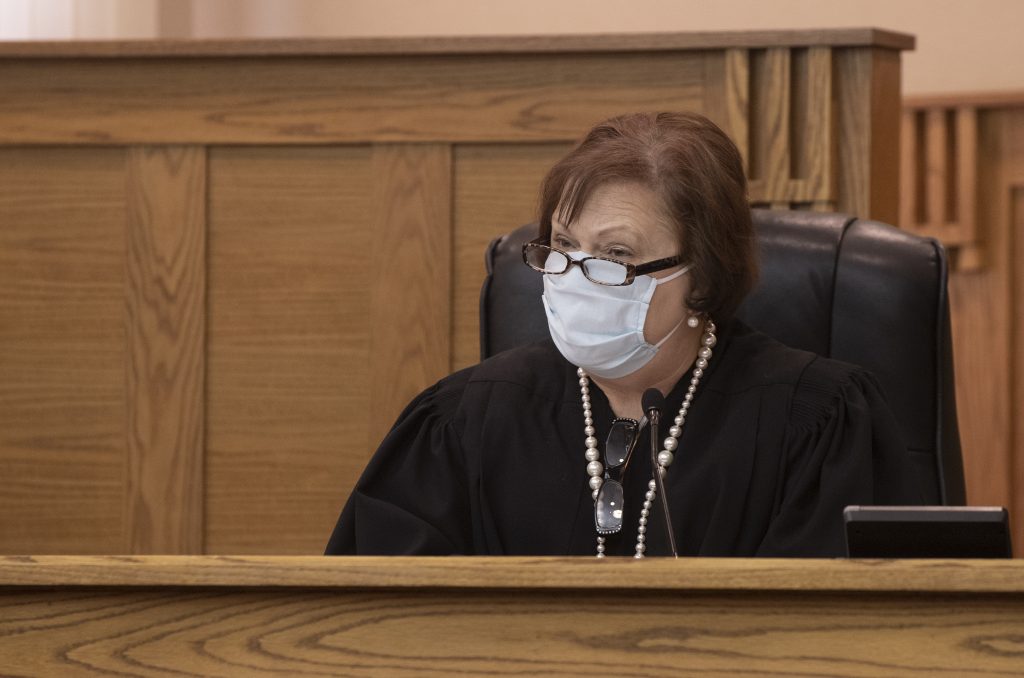 Clerks from motels in Spencer and Ames, Iowa testified about Boswell and Aubrey Trail as they checked in starting about 8 days after Sidney Loofe was reported missing in Nebraska.

An FBI agent testified about a search conducted in one of those rooms. Among items seized were clothing and a duffle bag left behind by the pair.

Another FBI agent testified about a third motel search in Branson, Missouri where Boswell and Trail were arrested.

Agent Dana Kreeger of the Kansas City Field office describes services and searches executed on a Branson motel room shortly after Boswell and Trail’s arrest there. Searches were also conducted on a car the couple were traveling and item seized on their persons.

Nebraska FBI Michael Maseth said investigator and prosecutors were meeting in the days just before the pairs arrest in Branson.

Later the jury reviewed two Facebook videos created by Boswell where she proclaimed her innocents.

In one video Boswell was in a vehicle with a dark colored hood over her head and large sunglasses. Boswell said she didn’t have anything to do with Loofe’s disappearance and described Loofe as a sweet, amazing girl. Another brief video showed only Boswell’s left shoulder and arm, both covered in tattoos.

Following the showing of both videos, Boswell was looking down at the evidence table.