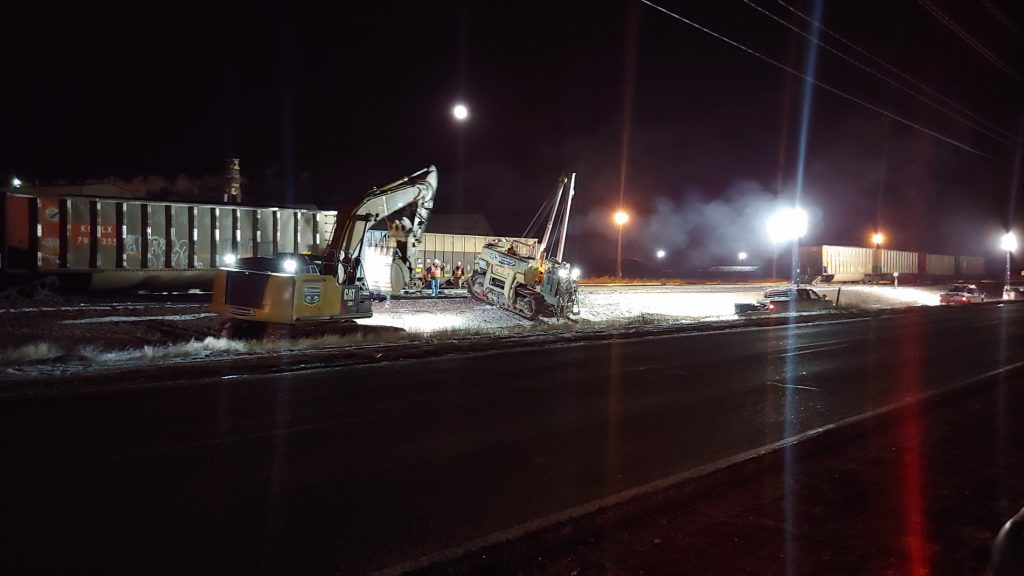 Repair crews are on scene of a derailment of numerous coal cars on the eastern edge of Scottsbluff. 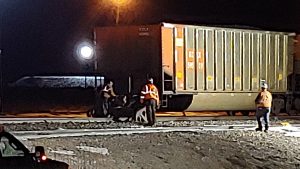 BNSF spokesperson Courtney Wallace tells KNEB News the incident happened around 5:15 p.m. with at least four cars involved. At the scene it could be seen that several cars lost complete trucks or a wheel set on one end of each car involved in the area between 9th Avenue and Sugar Factory Road. 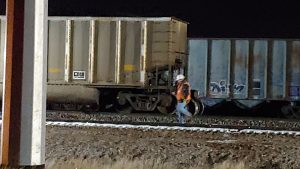 Motor vehicle traffic in the area does not appear to have been impacted, and none of the cars appeared to have been laid over or spilled its cargo. The incident is in an area of town where train speeds are typically slower due to quiet zones inside city limits. 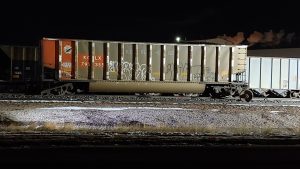 Wallace says there were no injuries and BNSF responders are on scene, focusing on addressing any safety issues, and an investigation is under way into the cause.