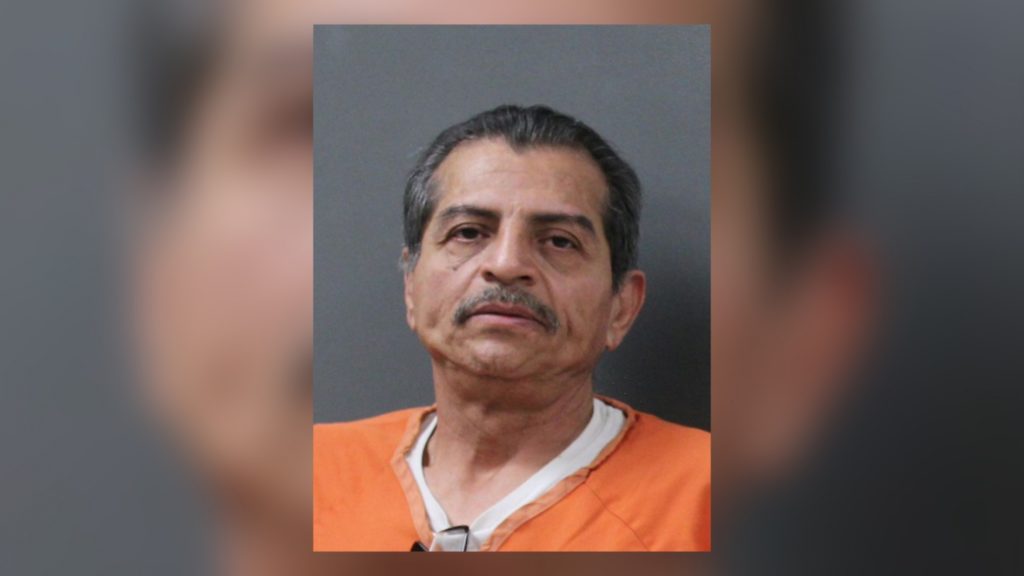 A 58-year-old Scottsbluff man has been arrested in connection to an alleged 2017 sexual assault of a 10-year-old girl.

Mark Magdaleno is charged with 1st Degree Sexual Assault on a Child Less Than 12 Years of Age.

Court document say the Scottsbluff Police investigation began in October, 2019 after the girl’s father called to report that she had disclosed she was molested in Scottsbluff in September of 2017.

She claims that her mother’s boyfriend’s father, Mark Magdaleno, was the assailant. Authorities say the group was at Magdaleno’s home for a bonfire that night and the girl and mother spent the night.

The girl says was sleeping, and woke up to find Magdaleno touching her private parts. She says she told her mother about the incident but her mom did not believe her.

In November 2019, Scottsbluff officers went to Magdaleno’s house to talk to him about the claims. He told police that everybody was pretty intoxicated that night, but denied sexually assaulting the girl. Magdaleno added that he was falsely accused of sexually assaulting his daughter when they were living in Montana, and guaranteed that these claims were false as well.

Police then talked to the victim’s mother again, who said that her boyfriend had mentioned several times that “stuff had happened,” but the mother didn’t feel it was alarming.

Investigators had Magdaleno come back down to the police department again on December 11th  to further discuss the allegations. Police said that when the girl disclosed the incident, she “disclosed like a child would” and was not coached and counseled on what to say.

A warrant for Magdaleno’s arrest was issued on Tuesday, and he was arraigned on the charges yesterday in Scotts Bluff County Court.

On Wednesday evening, he bonded out of jail after posting 10% of his $350,000 bond. Court documents say he’s due back in court on January 14th for his preliminary hearing.

If convicted on the Class 1B Felony charge, he would be facing 20 years to life in prison.