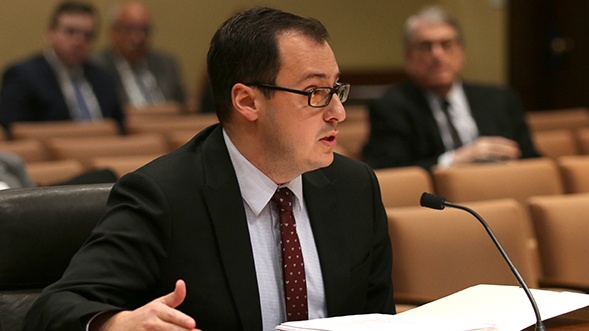 The Legislature’s Revenue Committee took testimony Thursday on a proposed bill that would allow Nebraskans to take a tax deduction for employer contributions to the state college savings accounts of employees.

NEST provides tax-advantaged 529 accounts meant to encourage saving for post-secondary education costs, with contributions allowed to grow tax-deferred, and withdrawals exempt from state and federal taxes as long as they are used for qualified higher education expenses.

Bill sponsor Sen. Andrew La Grone of Gretna testified the measure bill would ensure employees do not have to pay state income tax on employer contributions to their NEST accounts.

The deduction would be for taxable years beginning on or after Jan. 1, 2021, and could not exceed $5,000 for those married filing separately or $10,000 for other filers. It also would allow grandparents and other family members to donate to a beneficiary’s account without having to open an additional 529 account in order to get the deduction, and would broaden the definition of qualified higher education expenses.

The Legislative Fiscal Analyst estimates LB1042 would reduce revenue by $17.1 million and $18.5 million in the first two years of implementation. No one spoke against the bill, however, the Committee took no action on the measure.