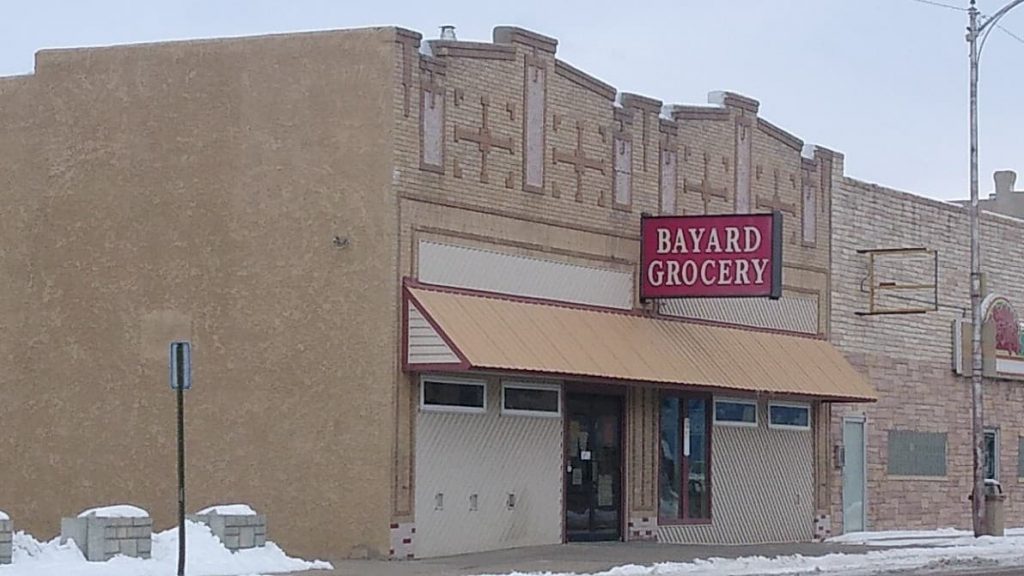 An effort to keep a grocery store presence in the city of Bayard would have minimum start-up costs in excess of $300,000, which would come from a variety of sources.

That’s a portion of what residents heard Monday night during a meeting hosted by Twin Cities Development ahead of the March 5 closing of Bayard Grocery.

207 people responded to a survey on the subject of a grocery outlet, with 93 percent of them saying a local store was important or very important to the community.

UNL Cooperative Development Center Specialist Cindy Houlder told those at the High School auditorium and online the most important offerings according to the survey were locally-available fresh meat and produce. “This is not shocking to us, it’s what we expect as consumers,” said Houlder. “Bayard would like a deli, bakery, maybe a farmers market, snacks, fresh grab-n-go, alcohol, delivery. In other words, you want a full-service grocery store, you don’t just want a corner convenience market.”

As to the form of how such an operation would work, TCD’s Michelle Coolidge said the current owner was willing to donate the building and parking lot to a non-profit, but the cost to purchase the equipment, buy into the existing merchandiser cooperative, stock the shelves with inventory and budget the first three to six months of operating costs have been estimated at $350,000.

Coolidge said 33 of the survey respondents were willing to serve on a steering committee for the potential project, and city officials would be setting up a meeting soon to select members and begin the process of determining the final business model that would be used if a community-supported store moves forward.