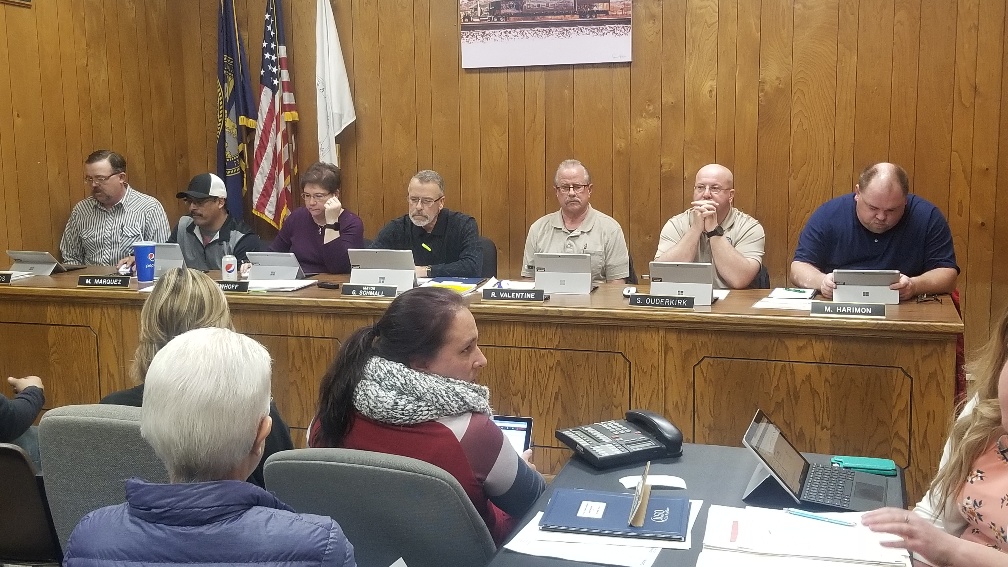 How to close a projected budget deficit was the subject as the Bayard City Council held a special meeting Tuesday night with a standing-room only crowd.

An audit report presented to the city this month showed an overall deficit of $206,000 at the end of last fiscal year, and the auditor reported the shortfall is part of a multi-year trend, driven heavily by operations at the Chimney Rock Golf Course, which has not turned a profit since its inception.

Mayor Greg Schmall tells Rural Radio News in discussing the issue and possible solutions with city residents, city leaders are trying to get the trend reversed, especially with the golfing facility. “I think with a combination of things that happened, if we can put together a (clubhouse) lease with the men’s group, and somehow get that course to operate and bring that a little closer together on expenses and income,” says Schmall, “And with the changes we’re making with the City, maybe we can get this thing operating, make a turn and even make it in better hands in 2021.”

In addition to issues at the golf course, a software problem with the city’s utility billing system for several years, depreciation expenses and weather-related revenue reductions contributed to the situation.

Those in attendance generally expressed the desire to keep the golf course operational, either through sale or lease to a private entity, instead of closing it completely.

The council will consider the issue again at their regular February meeting, with concrete proposals expected to be considered for implementation.