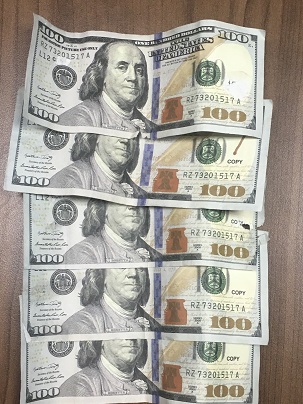 On Tuesday as the result of a traffic stop, the Stanton County Sheriff’s Office arrested a 37-year old Bancroft woman for being in possession of counterfeit currency, as well as marijuana and drug paraphernalia. A release from the Sheriff’s Office says Rachael Emeterio was found with five fake $100 bills on her, along with the drug items. Emeterio was charged with the drug violation and also with Criminal Possession of a Forged Instrument. She will make her initial court appearance next month.

The Sheriff’s Office confirmed with KTIC News that Emeterio has a Nebraska Driver’s License with Bancroft, NE’s zip code.