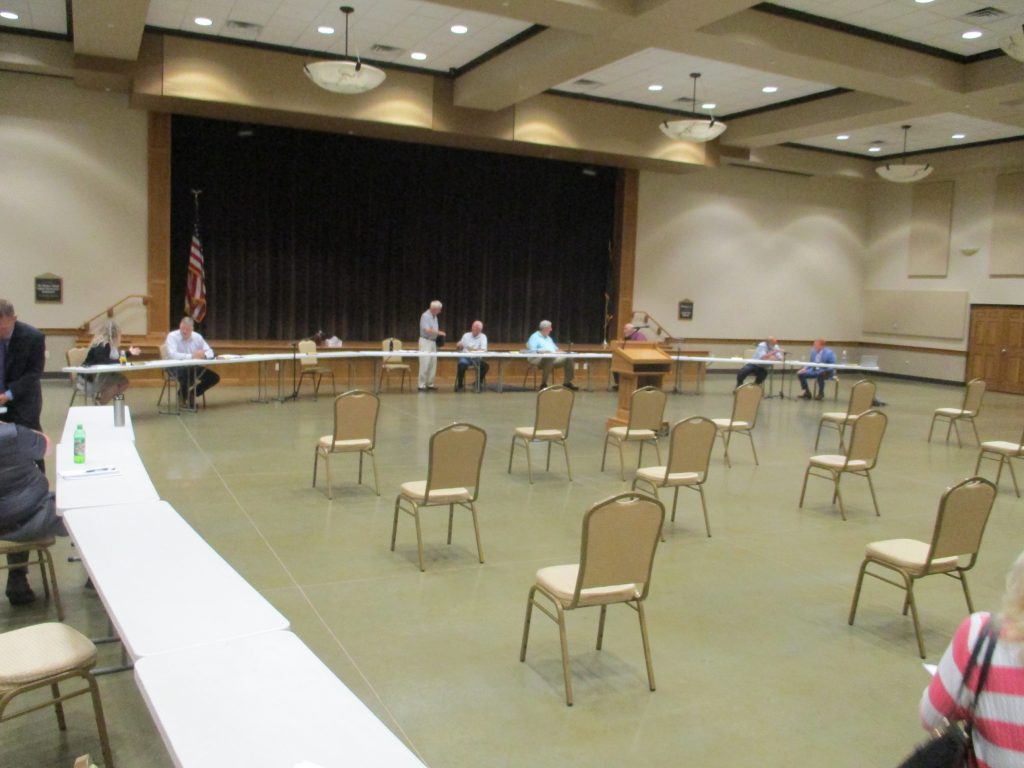 Goulette says the backwash basin has been complete and is connected, so that can go right into operation when they go online with the filters.

The Council also approved the construction of a berm along sections of the Levee at the Elkhorn River on the West End of Town by the Army Corps of Engineers at the meeting.

Goulette says the levy will be raised pretty much in areas all the way across at some point and the top will be paved.

Property was acquired in the levee area from Terry Papstein for $97,500.

And a Public Hearing was held for the Wilderness Ridge Subdivision in which a retention basin is being built in.

Also at Tuesday night’s meeting, a bid of almost $192,000 was awarded to Elkhorn Paving in Norfolk for Phase 4 of the Trails & Pathways Project with an anticipated start date of April 1st of next year and an anticipated completion date of June 15, 2021.

The council also scheduled a budget workshop for July 29th at 5:30 p.m.