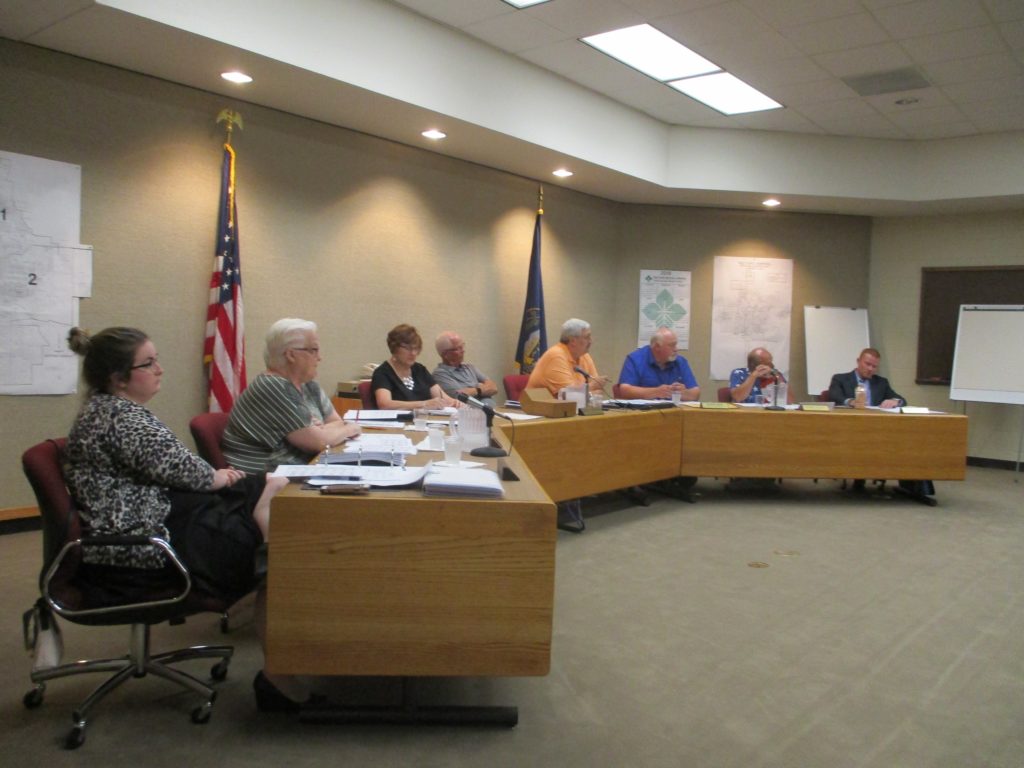 Engineer John Zwingman says about 90% of the results are in.

Zwingman shared test results at the meeting, including the manganese levels.

Zwingman says iron results range from not detected to 0.18 parts per million on residential and business.

14 different locations were tested, according to Zwingman.

Goulette says once all the results are in, engineers will develop a report that will be submitted to the State Health Department, and determine what worked for the City of West Point and determine the flow rate the City needs to be within to accommodate the system, and then they can take it to the next step.

Zwingman added once they get the Pilot Plant Study and everyone is happy with the results they’ll go ahead with the design of the piping, and calculate the contact time ahead of the filters to ensure that with their aeration tank and the piping that is down there that they have adequate contact time for the oxidant, and will also have to design a holding tank for the backwash water so that it can be released to the sanitary sewer over a 24 hour period rather than at a 25 minute flush rate since that would overload the system.

West Point resident Paul Ernesti spoke out about the type of water being tested. He addressed the Council with these questions.

In response, Zwingman says he’s talked to two well drillers in the area, and the nearest water quality and quantity of water the city needs is estimated to be 5 miles away.

The Council also approved funding for West Point Nail Salon and Religious Gift Store through the LB 840 Economic Development Program. Goulette says the Salon received a $20,000 grant and the Gift Store a $35,000 grant.

Also at Tuesday night’s meeting, the Council approved authorization for the West Point Trails & Pathway Committee to apply for a $250,000 grant through the Nebraska Game & Parks Commission Recreational Trails Program.

The Council also accepted the resignation of councilmember Deb Ell. Goulette says Ell is moving to Iowa to take care of her parents.

The Council also set a budget workshop for the 2019-2020 budget, setting it for August 6th at 5:00 p.m. just prior to next month’s regularly scheduled meeting.

The stop sign issue at the intersection of East Grove Street and East Sherman Street and the discussion to allow food trucks to operate within the city were tabled.

McDermott Named to Naismith Coach of the Year Watch List