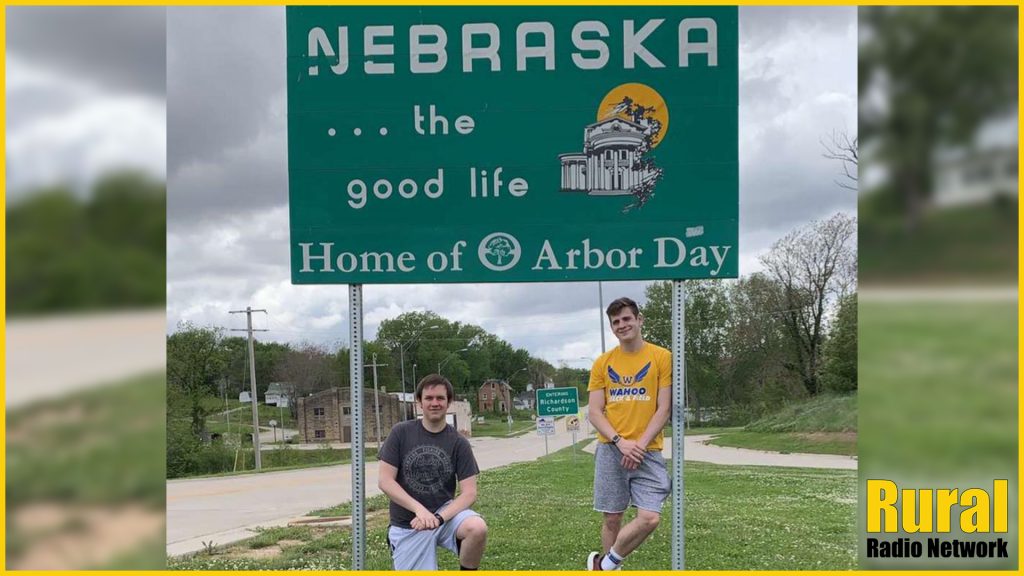 Altogether, we’ve seen just lots of crazy things around the state that I wouldn’t expect to see in Nebraska.

Two Wahoo, Nebraska, natives recently began a quest to visit all 531 communities across the state.

Austin Schneider and Seth Varner, both sophomores at UNO, started “Visit531Nebraska” on Facebook to document their traveling journey.

Varner said they started the project after they were sent home from college due to the coronavirus. Recognizing that their summer plans would be disrupted because of quarantining and social distancing, the two decided to launch a Facebook page to document their journey of traveling to every town in Nebraska.

Although the duo is actively traveling to communities, Schneider said they’re doing so with caution.

“When we get to a town, we try not to get out as much as possible,” said Schneider. “After every single place, we always use Germ-X.”

Schneider added they try to take most of the pictures from their car.

Listen to their story here.

So far, the duo has traveled to most of east central and south central Nebraska, including Nebraska City, Fairbury, Omaha, Lincoln, Fremont, Columbus, and surrounding communities.

“Altogether, we’ve just seen lots of crazy things around the state that I would’t expect to see in Nebraska,” said Varner.

Varner is a sophomore at UNO majoring in business administration with a concentration in marketing and sales and minoring in Spanish.

Schneider is also a sophomore at UNO majoring in business communications with a concentration in sales.

As of June 1, the duo had traveled to 209 of 531 Nebraska communities. Follow “Visit531Nebraska” on Facebook to stay up-to-date with their journey.