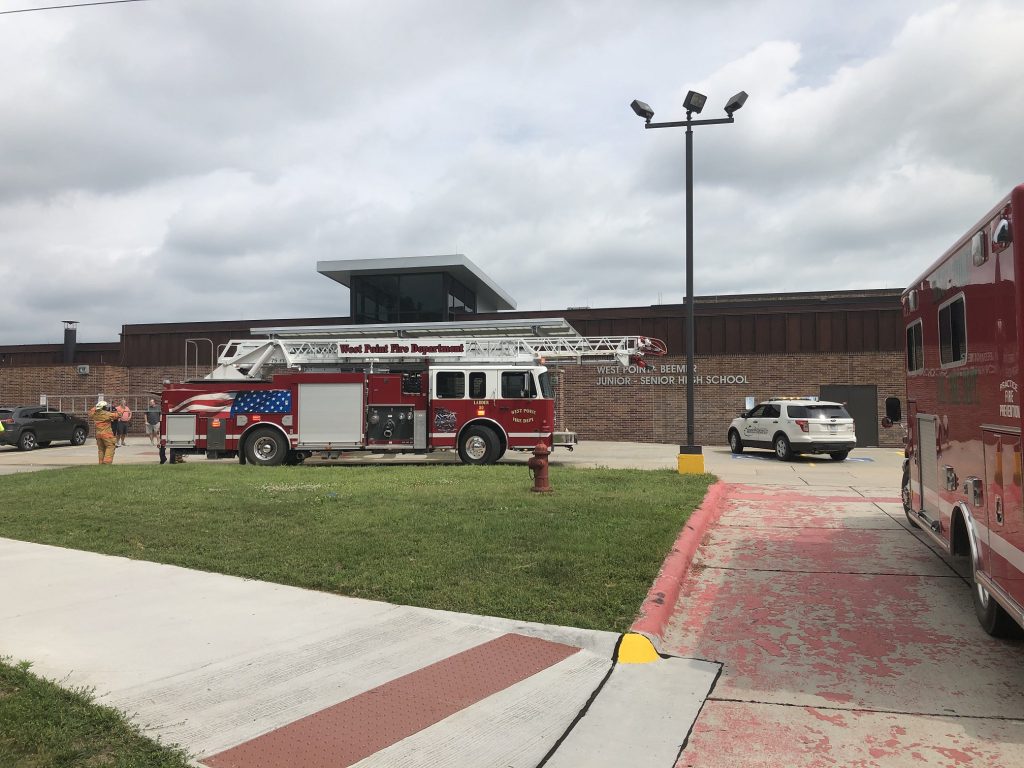 A sprinkler head went off at about 11:00 Friday morning at West Point-Beemer High School. Principal DJ Weddle believes it was one of two potential causes.

Weddle says the sprinkler head started spraying water immediately at the entrance to the High School Office in the Foyer Area.

He believes it took 10-15 minutes for them to stop the water from spraying. 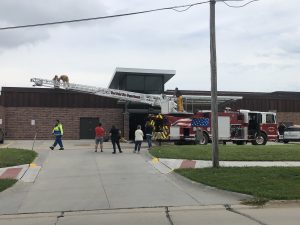 Weddle says they were really fortunate from a damage standpoint.

Weddle says they will put some antibacterial stuff on the carpet when they go over it again once it dries out.

He adds they think they got lucky with the drywall, adding they’re going to wait a couple of days to see if there is any bubbling, but it didn’t seem to get behind the paint. 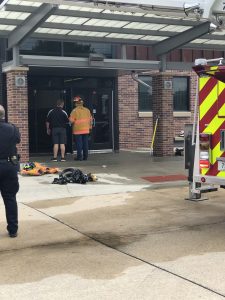 Weddle says the incident took everyone by surprise.

No injuries were reported.