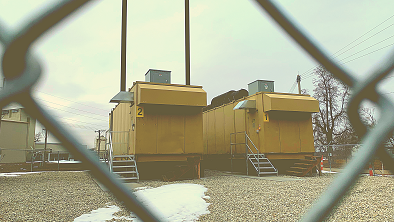 Record low temperatures last month sent natural gas prices soaring to record highs for Scribner residents. “We already had 82% of our volume bought ahead of the vortex, meaning our price was locked in at about $3.50 a mmBtu,” explained City Administrator, Elmer Armstrong. “The bad news is, when we were running low, we had to
buy some on the spot at about $210 per mmBtu for four of the five days when we experienced the coldest week. This was painful, as it cost our city an extra $101,000 of natural gas.”

Had the city not bought volume ahead, it would have meant an additional $260,000, on top of the $101,000, according to City Councilman Joe Wolfgram.

Economic Development Director Elizabeth Valla gives a personal example of how the relief is helpful to her.

This is just one example of what all the Scribner residents would have seen across the board. Their bills would have been incomparable and unmanageable. This would have also thrown off the customers on budget for 2022, raising their monthly plan an average of $30 a month.

After the meters were read and the utility bills calculated, Scribner’s city administrator, mayor and city councilmen got wind of what their city residents were about to pay.

“COVID happened then Christmas, and now we hit everybody with a huge utility bill, it just didn’t seem right or fair,” said Mayor Ken Thomas. “Our residents are our greatest asset, they need to know we’ll take care of them.” Our city leaders quickly called together an emergency council meeting the same day the bills were supposed to be mailed out. After running all the numbers, it was unanimous, they would dip into the city’s reserve funds to wipe out the spike in the gas price, giving our utility customers $93,000 in relief.

“We are paying for this out of the city’s reserve fund, which essentially is the taxpayers’ money,” Wolfgram explained. “The council has developed a plan to repay this money in the upcoming years by using profits from our new electrical generation plant.”

Bill Lindley, owner of Clayton Energy, who is responsible for buying, transporting, and delivering Scribner’s natural gas, along with 55 other communities, said, unfortunately everyone in the area saw their February bills double.

Lindley also said, what the council did for the residents isn’t something every municipality can offer. “I think what they did for the city was outstanding,” Lindley said. “That’s the great benefit of having your own municipal.”

What Lindley means by municipal is, unlike many other communities this size, Scribner owns their own utilities. Lindley said when communities like Scribner own their own utilities, it’s more reliable because they have a more updated operating system, along with a reserve that’s able to help the residents in dire need, like in this situation. “Your city took good care of you,” Lindley said.

Valla says another thing Scribner has going on is the Beautification of the town, adding downtown will be spruced up before July by hanging flowers, and having banners put on the lamp post.

She adds other projects include getting the school and hotel flipped into housing.