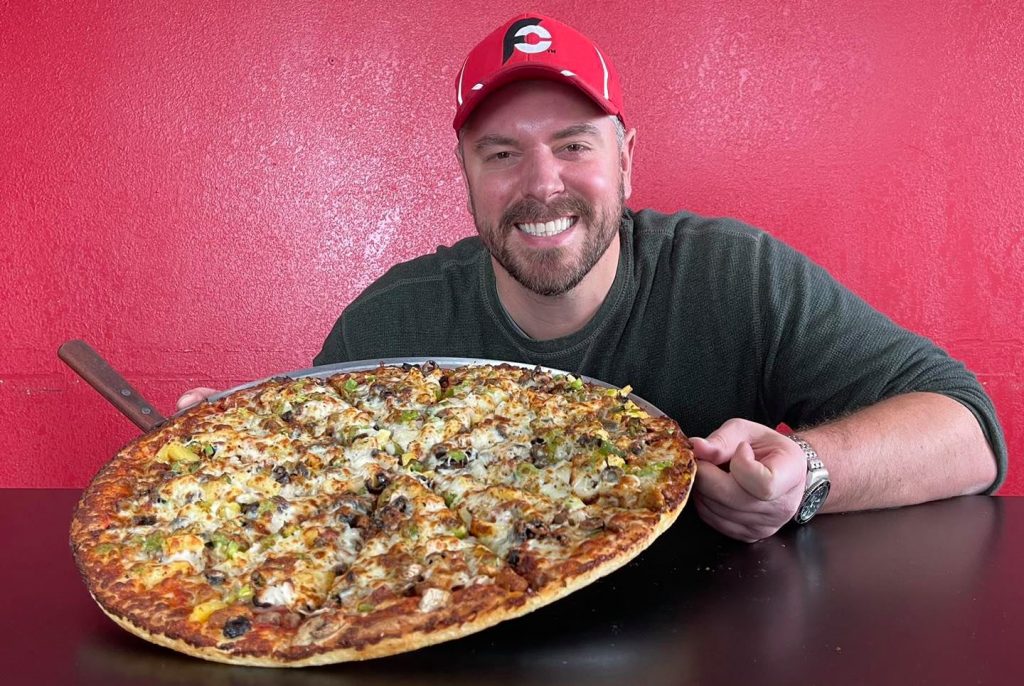 Seven pounds of pizza, 24 tacos, five pounds of crawfish, a six pound burrito and an ice cream sundae that fits in a kitchen sink.

These are just some of the food challenges that professional eater Randy Santel, known as Atlas of Atlas and Zeus Promotions, has tackled in his 10+ year career as a competitive eater.

Originally from Missouri, Santel has defeated food challenges all across the US, but has also eaten internationally, with appearances in 37 countries. In all, he has 974 career victories.

Santel will be returning to the Midwest for a food challenge tour that includes stops in Omaha and Lincoln, as well as challenges in Iowa, South Dakota and Kansas City.

Before we get into that, Santel talks about how he got started doing food challenges.

Santel also has an extensive background in nutrition and dietetics, and is continuing his education in the subject.

With 974 career food challenge wins, Randy has eaten all kinds of foods. He talks about some of his favorites and least favorites to take in.

Randy, along with his girlfriend, who is also a professional eater by the name of Katina Eats Kilos, will first travel to Nebraska on April 25.

Randy talks about his Nebraska schedule.

Randy can be found on various social media platforms under his name, Randy Santel. You can also view his upcoming schedule at RandySantelSchedule.com.

Randy’s Nebraska schedule as well as a link to the full interview are below.