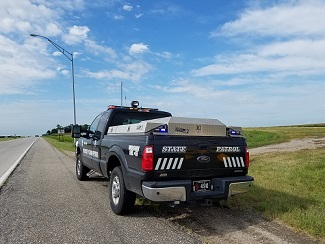 Since the first directed health measures were issued in mid-March, Troopers have issued 387 speeding citations for drivers traveling faster than 100 miles per hour, an average of more than 3 per day. During the same time period in 2019, NSP issued 202 such citations.

Thomas says it didn’t help that they couldn’t get into classrooms and talk to students.

Unoccupied Plane Takes Off and Crashes Near Central City