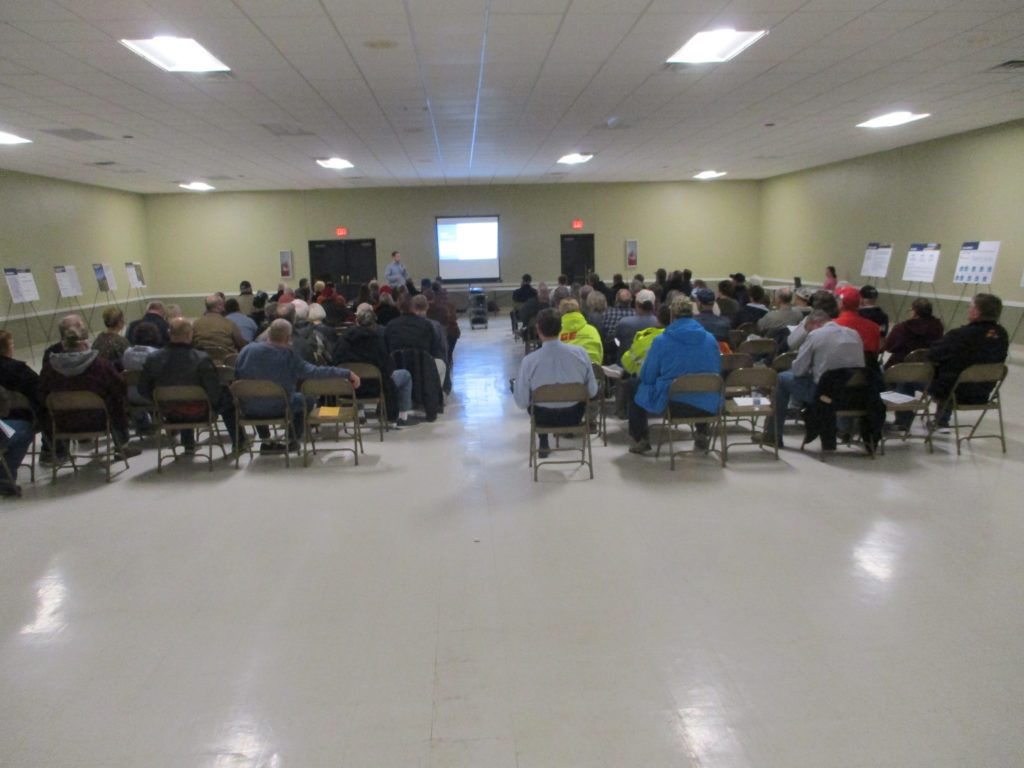 U.S. Army Corps of Engineers and Nebraska Department of Transportation Officials gave a presentation at Mohr Auditorium in Scribner Wednesday night regarding the proposed Highway 275 Expressway Project from West Point to Scribner. The idea is to use a 2+2 concept and widen the roadway East and West from two miles north of West Point to two miles south of Scribner. Dirk Petersen with 4 Lanes 4 Nebraska shared his thoughts on the project timeline.

Construction is expected to start in the fall of 2021.

Many local citizens gathered to hear the plans for and share thoughts on the proposed Project. Petersen has been very involved with the project.

One of the citizens, Lyle Soenksen, who lives near West Point, feels traffic would move fast through town with the four lane expressway.

Petersen feels motorists would do a lot of their passing on the four lane outside of West Point and thinks traffic would slow down some going through town.

He adds having four lanes will be better than the current two.

Anyone wanting to provide comments or relevant information on the Draft EIS can do so up until January 27th by emailing or mailing the Corps.

For more information on the EIS, go the EIS Website, which is https://www.nwo.usace.army.mil/Missions/Regulatory-Program/Nebraska/EIS-US-275/