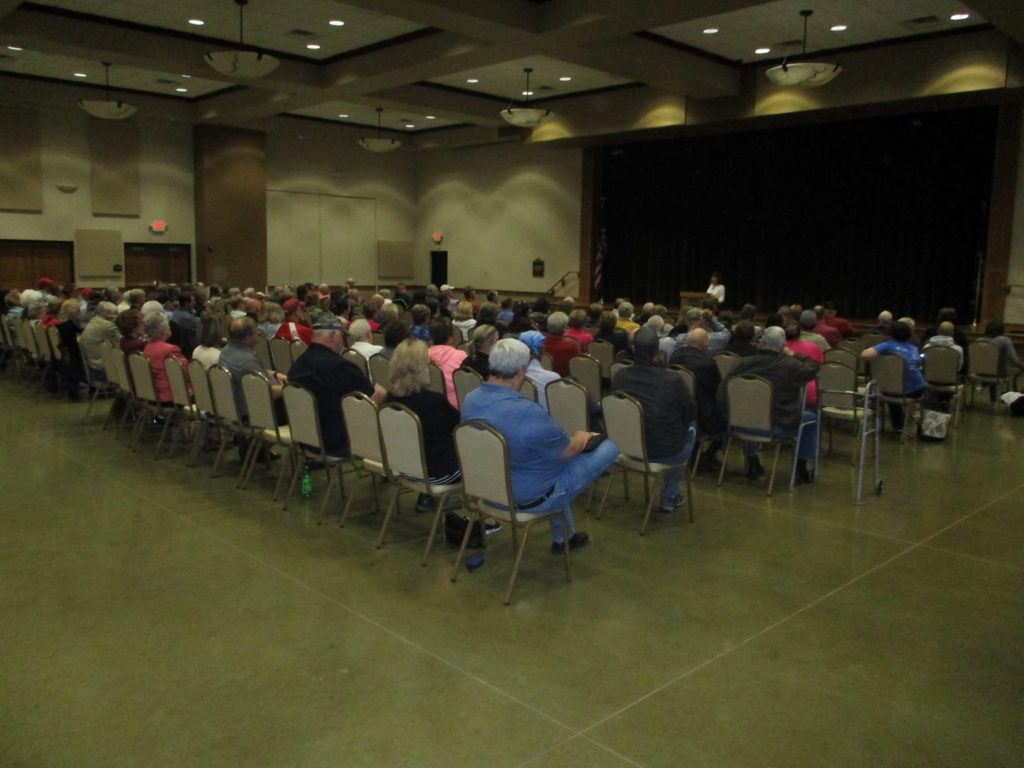 Around 125 people turned out Tuesday night at the Nielsen Center for a question and answer session with members of the State Department of Health and Human Services and city officials.

Manganese levels in the water system are 10 times higher than what’s considered safe at the home of Lisa Eisenmenger. But manganese is not regulated by the state so no assistance is available.

Some in the crowd criticized city officials for not dealing with the issue in a timely manner.  City Administrator Tom Goulette says he’s been working religiously on the problem  but since  manganese is unregulated, he wasn’t aware there was a problem until Eisenmenger brought it to his attention.  That was early last year.

Chen Chu, engineering services manager for the state says he can’t approve any work on the water system until the city provides him with final plans and specs, which he hasn’t yet received. Even after he does, it could take months or years to put any work out to bid and finish work on the project.

In the short term, the only way to deal with the issue is with an expensive filtration system in the home. It could take months or years to get new filters at the water plant.

Jeff Axtell talked with Sue Dempsey, the state’s drinking water administrator after the meeting.  She says anyone  with  unsafe manganese levels at their home should not ingest it.