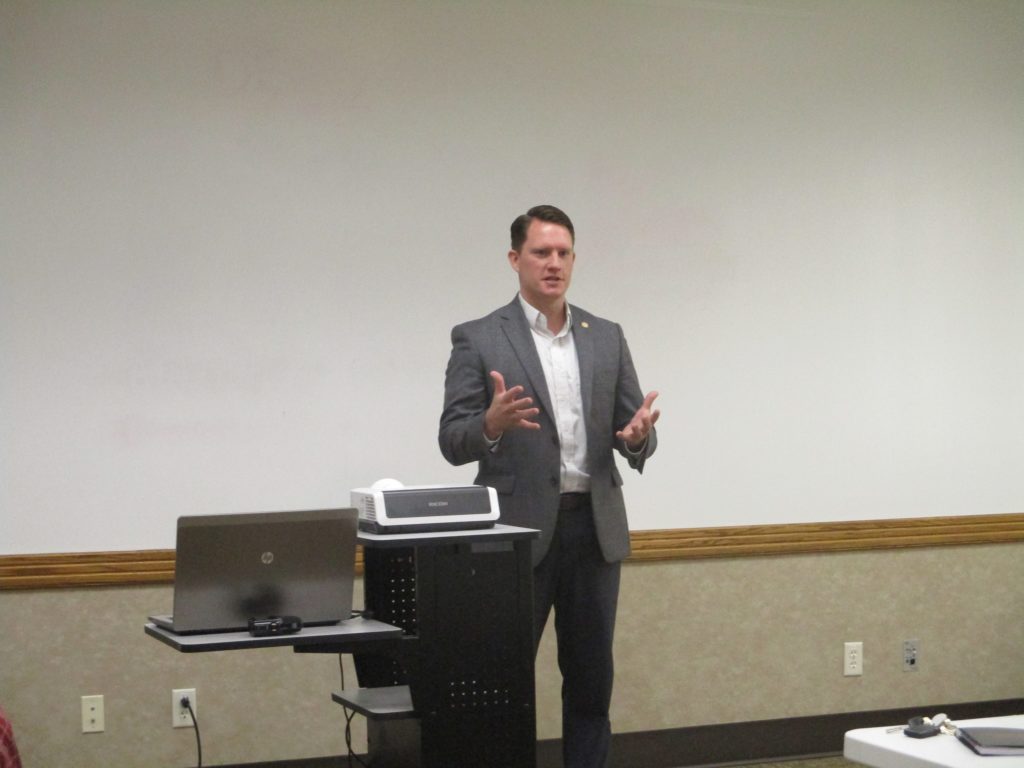 Smith says the report can be found at blueprint-nebraska.org.

Smith adds the goal of Blueprint Nebraska is to get the state up to par with others when it comes to economic growth.

Smith says the State has to increase productivity to achieve that goal.

Smith says Nebraska’s three strengths have been identified through recent travels across the State.

Smith says Nebraska ranked 33rd in Domestic Migration, 36th in the country in Business R&D as a percentage of private industry output, and 40th in Entrepreneurship.

He adds the five aspirational goals include overall job growth, growth of the 18-34 year old population, and research and development of R&D as percentage of GDP.

The four growth themes are people, places, government, and sectors, according to Smith.

By 2030 the Blueprint Nebraska Initiative hopes to make Nebraska a top-three state to live in, according to various national rankings, create 25,000 jobs, grow annual income of Nebraskans by $15,000, add 43,000 18-34 year old residents in Nebraska, and boost research and develop investment by $200 million annually.

Hansen feels like a lot of young people are going to move back to Nebraska in the next decade.

Hansen says decreasing some of the income and corporate taxes are ways to get businesses to come here.

Hansen says LB720 did not get passed last year, but is coming out next year.

Around 15 people attended Wednesday morning’s forum, which was one of 30 fall legislative forums being held across the state.