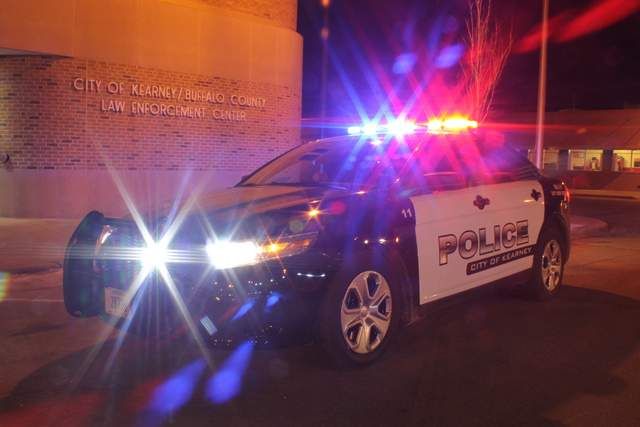 On Sunday morning, January 10, at 10:45, Kearney Police responded to a suspicious subject in the area of the 4200 block of Ave. I. Officers discovered the suspect had vandalized an off-duty Kearney Police Department marked vehicle.

The suspect, 33-year-old Jose Garcia Jr., was immediately combative and non-compliant, throwing an unknown object at officers as well as punched and kicked two officers during the arrest. Officers were able to deploy less lethal force, utilizing a Tazer and the suspect was placed in custody.

Two officers had minor injuries another was treated for a fractured finger.

Garcia is believed to be a transient form out of state. He was treated and released from the CHI Good Samaritan E.R. and booked into Buffalo County for Felony Criminal Mischief, Assault on a Police Officer x2, and Resisting Arrest. Damage to the police car is estimated at $7,000.

The motive for damaging the police vehicle is still under investigation.

We appreciate the assistance from members of the Buffalo County Sheriff’s Office and the staff at CHI Good Samaritan Hospital ER who cared for our injured officer. “We can fix the police car, I’m thankful our officers were not seriously injured during this incident and wish them a swift recovery. I’m also thankful there were no other injuries from this subject, we are still not certain what the intentions of the suspect were leading up to this arrest”.