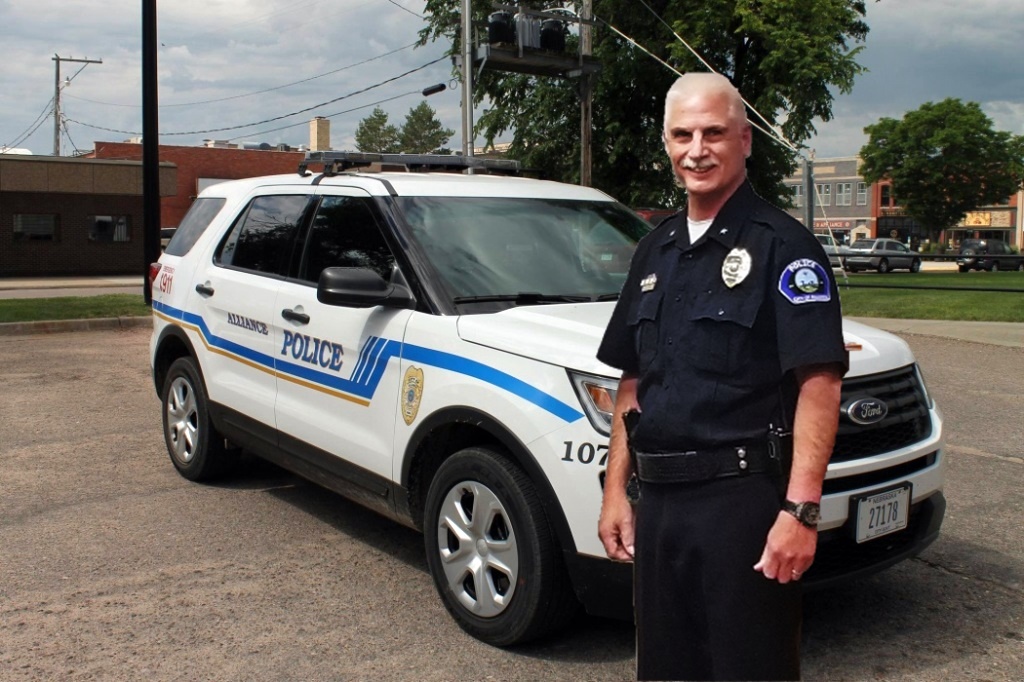 It will be a changing of the guard in Alliance, as longtime Police Chief John Kiss has officially retired.

Chief Kiss began his career in Alliance in 1980 as a Patrol Officer, Investigator, and Sergeant; relocated to Kansas in 1986; and returned to Alliance in 1996 as the Lieutenant and Operations Commander.

In 1999, Kiss became Chief of Police and served at that post for 21 years. In lieu of a retirement party, cards can be sent to Chief Kiss at 1212 Hammonds Lane, Alliance Nebraska , 69301.

A successor for Chief Kiss has not been announced at this time.