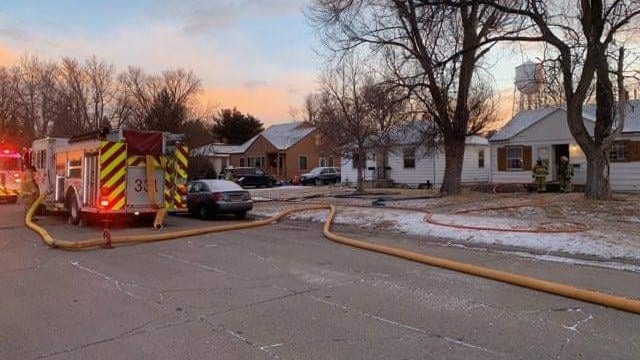 Authorities say a house fire in the 1100 block of Platte Avenue in Alliance Thursday morning has been determined to have been intentionally set.

Alliance Fire Chief Troy Shoemaker says the cause was determined after investigation and interviews conducted by a Nebraska State Fire Marshal Investigator.

Shoemaker says following the call about smoke in a basement shortly after 6:30 a.m., fire crews were able to quickly extinguished the fire that was in one room.

An adult female and a juvenile male in the home at the time were taken to Box Butte General Hospital for observation due to potential smoke inhalation.