The Nebraska Lottery has confirmed that one ticket sold for Tuesday’s 2by2 draw matched all four winning numbers for the $22,000 top prize. The ticket was sold at Casey’s General Store #2068, 609 Plum Creek Pkwy, in Lexington. The winning numbers from Tuesday’s 2by2 draw were Red 14, 16, and White 07, 10. Players are encouraged to check their tickets at any Nebraska Lottery retailer, online at nelottery.com, or by calling the Lottery office at 402-471-6100. 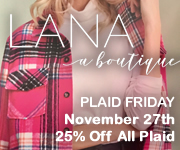